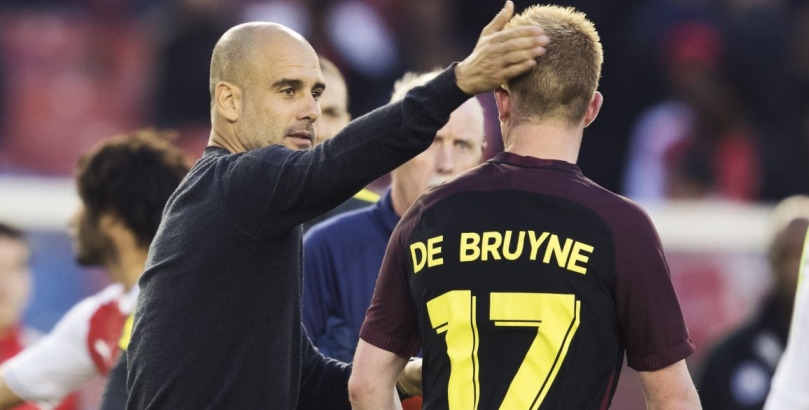 The almighty spending power of the Premier League in the wake of its recent enormous TV rights deal was evident in the recently closed summer transfer window, when its clubs spent near three times as much as their La Liga and Bundesliga counterparts.

However, recent history suggests that it would be unwise to expect the division’s financial dominance to translate into Champions League omnipotence in 2016/17…

In each of the last five editions of the competition that crowns Europe’s club-de-la-club, the average summer spend of Premier League sides involved has been greater than that of the representatives of La Liga, the Bundesliga, Serie A or Ligue 1.

Yet, during the timeframe mentioned, English outfits’ bulging financial muscles have translated into outright victory just once, when Chelsea shocked Barcelona and Bayern Munich to land the 2011/12 edition.

Not only has the division’s wallet-weight omnipotence failed to yield the trophy more often than not over the last five years, but, more generally, it’s spending power isn’t reflected in week-to-week UCL results.

Across the last five campaigns, Premier League sides have not once enjoyed the best win percentage in the competition, with Spanish clubs dominant on that metric in all bar 2012/13, when the Bundesliga put up the best figures.

In 2014/15, the German top flight’s representatives won more of their collective outings (53%) than their English rivals (41%) despite the latter division’s Champions League contestants outspending the former’s by an average of £71.53m.

It would appear, however, that the recruitment arms of Leicester, Arsenal, Tottenham Hotspur and Manchester City have grown aware that lavish reinforcements are no guarantee of mounting a successful campaign in the competition.

Despite the disproportionate financial firepower available to Premier League teams in relation to those in the Spanish, German, Italian and French top flights at present, its Champions League representatives aren’t the highest summer window spenders on average ahead of the 2016/17 edition of the continent’s leading club competition.

Instead, Serie A twosome Juventus and Napoli combine for a mean splash-out of £102.43m to top the charts.

Don’t panic over Kane’s scoring drought, back him to break it
How Kell Brook can defy the betting odds and beat Gennady Golovkin
Author