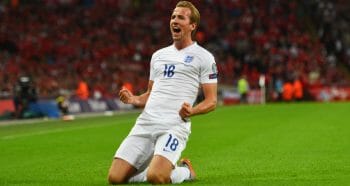 If there’s a sense of deja vu floating around about Harry Kane’s current goalscoring situation it’s because the England striker was in almost the exact same position last season.

The Tottenham man has now gone four games without a goal this term, which is the identical number of goalless games he suffered before launching a Golden Boot-worthy campaign in 2015/16.

The chance to break an unwanted trend of never scoring a league goal before September 26 still remains and there’s little reason to believe his current malaise in front of goal will extend beyond that deadline for another year.

“There was a lot of talk last year about me not scoring and I ended up proving a lot of people wrong,” he said after England’s win over Slovakia.

“People will talk this year as well. It’s what they’re doing now. But I am confident in my ability. I know that, if I continue doing what I’m doing, the goals will come.”

The goals certainly came last term, starting with the fifth outing of his season when Kane finally broke the shackles. If he matches that this time around the only difference will be the team he nets for.

Scheduling quirks meant Spurs had squeezed four league games in by the time Kane joined up with the England squad. He scored in both of those Three Lions assignments and notched his first Lilywhites strike of the season five games later.

With this year’s questionably-placed international break arriving after just three top-flight outings, Kane now stands to break his domestic duck next time out against Stoke, according to the trends at least.

Concerns over burnout following Euro 2016 can allayed by the fact that Kane took part in the U21 European Championships before rallying from his slow start to notch 32 goals for club and country last term.

The Spurs man has drifted to 12/1 to be this season’s Premier League top scorer with bwin.com, and if he comes anywhere close to mirroring last campaign’s effort, it’s a price well worth being on.