One of the most physically demanding tennis tournaments will begin at Roland Garros in May and we’ve put together a French Open preview.

This is the only Grand Slam contested on clay, which is a challenging surface for many players.

Here we’ve looked at the data from its last 20 renewals to predict how the action will unfold in the men’s and women’s singles.

How often does a top seed win?

The women’s singles have been much more unpredictable, however, with fewer than half of the last 20 titles having been won by one of the top four seeds. Recent years have been even more chaotic, with three of the last five female champions – including both of the last two – not even being seeded.

Should we expect many upsets?

In the men’s singles, half of the last 20 tournaments saw four of the eight quarter-final spots filled by a player from outside the top eight seeds. However, this is becoming less common and has only happened twice since 2011.

Which players have the best record?

Rafael Nadal is the king of clay, winning seven of the last 10 French Open titles. Novak Djokovic has reached six finals, winning two, while Stan Wawrinka is the only other men’s singles winner in the last decade. Dominic Thiem is the only other man to have reached the final more than once in this period.

There is no such dominance on display in the women’s singles, with nobody having reached the quarter-final stage more than four times out of the last 10. A powerful illustration of the openness of the women’s game is that the player with the best record at the French Open in the last decade has been retired since 2020. Maria Sharapova reached the final three years running from 2012 to 2014, winning twice. Simona Halep has the best pedigree of any player competing in 2022, having also reached three of the last 10 finals.

It is tempting to look at last year’s performance when assessing a player’s prospects, but how helpful is this? In the men’s singles, just under half of quarter-finalists over the last two decades had reached at least this stage at the previous tournament.

Again, we find more potential for upsets in the women’s singles, with half of the quarter-finalists during the last 20 years not even having reached the third round at the last attempt. Overall, it makes sense to consider some of the outsiders when predicting who could make it to the latter stages this time around, according to our French Open preview. 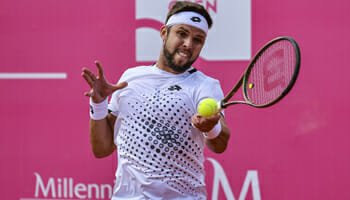