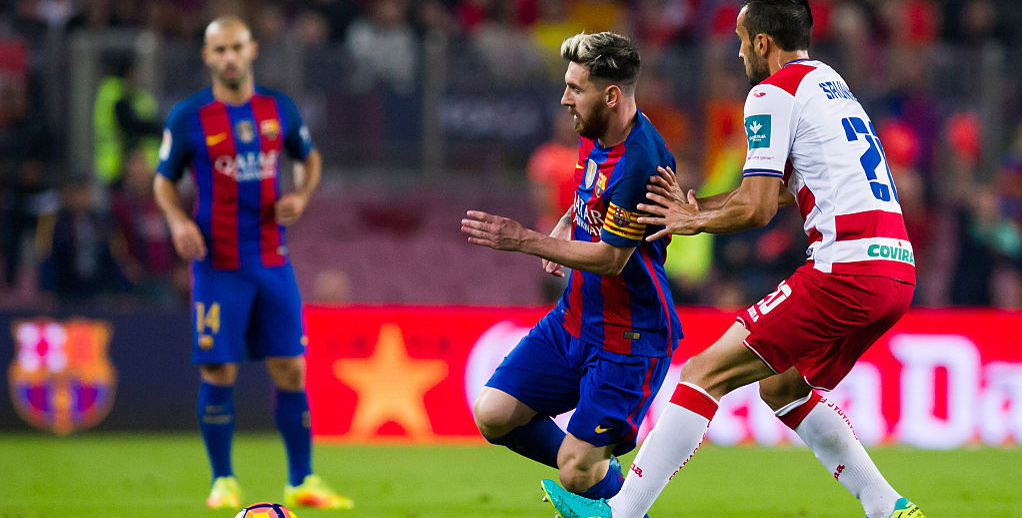 Barcelona have won 10 of their 11 encounters with Granada over the past six seasons, but the Catalan giants did come unstuck at Los Carmenes three years ago.

Granada’s home form this term has been solid and they did only lose 1-0 at Camp Nou towards the end of October, so 21/2 for another upset is no mug bet.

However, for our Granada vs Barcelona betting tips, we prefer 7/5 for the hosts with two goals start.

Granada are second from bottom of LaLiga due to an awful away record, but they have only once been beaten by more than one goal in front of their own fans during the current campaign, when going down 2-0 to Real Sociedad in mid-December.

Recently, they have picked up home wins against Las Palmas, Real Betis and Alaves before only succumbing to an 84th-minute Antoine Griezmann strike in a 1-0 loss to Atletico Madrid.

Getting out of the relegation zone will hinge on whether Granada can continue to grind out some gutsy performances at this venue and the hope here is that they will be taking on Barca at the right time.

Manchester United winger Andreas Pereira has impressed on loan and it is 7/10 for both teams to score in the Granada vs Barcelona odds.

Barcelona have enjoyed some big wins over Granada in recent seasons, with Lionel Messi, Luis Suarez and Neymar all hitting hat-tricks in the last five meetings between these clubs.

However, that trio have been away on World Cup duty in South America during the international break and could be used sparingly here before Sevilla visit Camp Nou next Wednesday.

Barca may still have enough in hand to pick up maximum points and keep the pressure on Real Madrid at the top of the table, but we think it might be tighter than many people expect. Our Granada vs Barcelona prediction is a correct score of 2-1 at 33/4.