We’ve got Saturday selections from Germany, France, Italy, Netherlands and Spain for our latest European football tips and are chasing a 14.1 pay-out.

Dortmund followed up a rock-solid 1-0 home win over Bayer Leverkusen by coming from behind to prevail 3-1 at Freiburg. Die Borussen were still trailing entering the final quarter of an hour at Europa-Park Stadion but Jamie Bynoe-Gittens, Youssoufa Moukoko and Marius Wolf all hit the target during a late surge. Bremen have had a couple of 2-2 Bundesliga draws versus Wolfsburg and Stuttgart, with Niclas Fullkrug netting in each game, but this is rated a much stiffer test.

Los Rojillos have won all four head-to-head meetings with Cadiz over the past couple of seasons and are backed to continue that trend in our European football tips. Osasuna kicked off the new La Liga campaign with a fine 2-1 triumph at El Sadar against Sevilla, who have been fourth in the table for three straight years. Cadiz trailed Jagoba Arrasate’s side by eight points last term and are three behind already this season following a 1-0 home loss to Real Sociedad.

Le Zebrette returned home from visiting AC Milan empty handed but made a very encouraging start to their Serie A campaign at the San Siro. Rodrigo Becao and Adam Masina scored in a first half which ended 2-2 before the Italian champions pulled clear for a 4-2 triumph. Salernitana finished just one place and a single point above the drop zone last season and seem set for another relegation battle after following up a Coppa Italia loss to Parma by going down 1-0 at home to Roma.

Les Phoceens will be content with their Ligue 1 start, having beaten Reims 4-1 at Stade Velodrome before drawing 1-1 away to Stade Brest. Summer signing Luis Suarez came off the bench to bag a brace in the opening victory and the Colombia forward should prove a shrewd recruit once fully settled in and up to speed. Nantes have had a couple of draws with Angers and Lille but lost more matches on the road last term than any other team in the top 12 and are again worth taking on here.

The Vites need to urgently address some defensive frailties following a 5-2 home loss to Feyenoord and a 3-1 defeat at Excelsior in their opening Eredivisie fixtures. However, young Danish forward Nikolai Baden Frederiksen looks set to build on last term’s promise after scoring in both of those reversals. Heerenveen will be content with a couple of stalemates so far but drawing a blank up front continues their struggles in that department from last season, when scoring just 14 goals in 17 road games. 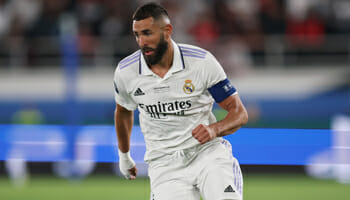