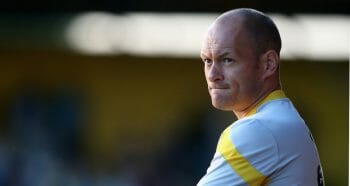 However, Wednesday will pose a much sterner challenge than Rover. Carlos Carvalhal’s side surprised many with a late charge into the top six last season and hopes are high that they can better this success in 2016/17. Last weekend’s 1-0 win against Aston Villa was a fantastic way to start.

Neil’s team like to play an open, attacking game at home and this should ensure that they spend the majority of this game on the front foot. The Owls will sit off their opponents and be very difficult to break down, making under 2.5 goals at 3/4 a favourable bet.

Norwich are 19/20 favourites to take the three points, with Sheffield Wednesday priced at 14/5 and the draw at 23/10.

Neither side has made any particularly exciting signings over the summer, although Norwich’s £8m capture of Alex Pritchard from Tottenham Hotspur is an intriguing purchase. Pritchard struggled to make an impact on loan at West Bromwich Albion last season, but has the talent to become a big hit in Norfolk.

The Canaries were on an eight-match losing streak against Sheff Wed before the 2014/15 season, where they followed up a goalless draw in the Steel City with a 2-0 home win in April 2015.

A repeat of this scoreline is not improbable, particularly given that Robbie Brady and Russell Martin – both star performers in the 2015/16 Premier League campaign – should be fit in time to make their first appearances of the season.

It certainly seems unlikely that the Owls, who scored more than one goal in only six away games last season, will outscore their opponents. Norwich’s Timm Klose has been a revelation at centre-back since signing in January, and should help his club keep a clean sheet against a team struggling to find the net. Gary Hooper is on a five match run without a goal.