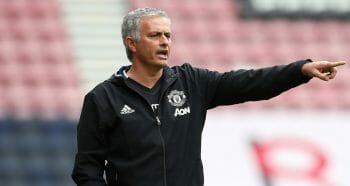 Bournemouth will not be looking forward to hosting a rejuvenated Manchester United on the opening weekend of the season. The Cherries have plenty to be optimistic about this season, but Jose Mourinho’s new-look United are firm favourites at 3/4.

Mourinho knows that he must hit the ground running in the north-west if he is to repair the damage done to his reputation at Chelsea last season. His record-breaking signings have only increased the pressure. United’s £89 million acquisition of Paul Pogba from Juventus brings the Red Devils’ summer spending up to £149 million – the highest in the club’s history.

The early signs have been positive. Man United’s 2-1 victory over Leicester City in the Community Shield saw excellent debuts for Zlatan Ibrahimovic and Eric Bailly and suggested that the squad feel creatively unshackled after the stifling management of Louis van Gaal. All four of Man United’s new signings will adjust easily to Mourinho’s quick tempo attacking football, as will a host of youngsters at the club including Marcus Rashford, Jesse Lingard, Anthony Martial and Memphis Depay.

Despite Chelsea recording seven defeats in their first 12 matches of the 2015/16 season, Mourinho has a very good track record at making quick starts. Since becoming a manager in 2000, the Portuguese has not lost a single opening day league fixture (seven wins, seven draws). This might explain why Bournemouth are currently 13/5 to win, whilst the draw is at 5/2.

Eddie Howe’s team are in desperate need of a fresh start after collecting just four points from their final eight games of 2015/16, including a 3-1 defeat to Man United on the final day of the season.

Bournemouth are in much better shape this season. New recruit Jordan Ibe, a record £15 million signing from Liverpool, is the most eye-catching deal but 19-year-old central midfielder Lewis Cook could prove to be one of the signings of the summer. The England under-19 international won the Football League Young Player of the Year award at Leeds United last season.

The south coast side were struck down with injuries to key players throughout 2015/16 and should be much better prepared for Premier League football now that Callum Wilson and Max Gradel have a full pre-season under their belts. The future looks bright for the Cherries, but United at 3/4 looks the bet.

Both teams scored in their two collisions last season though, so expect the hosts to net in a losing effort.