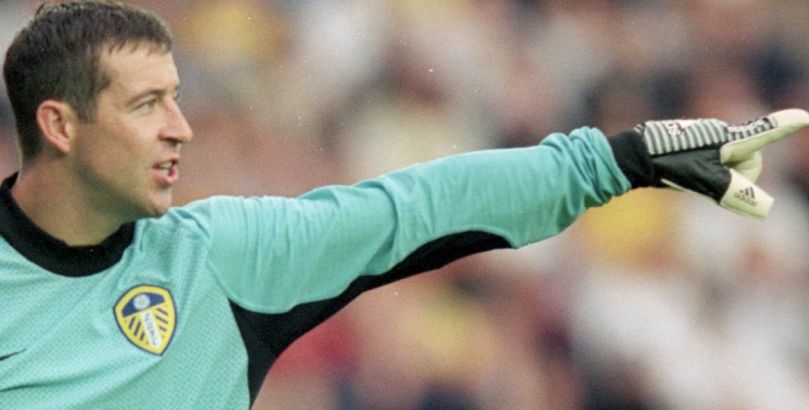 There wasn’t much Nigel Martyn didn’t achieve in his career having been the first-choice goalkeeper of three Premier League clubs – including giants like Leeds and Everton – played 23 times for England and twice set the record for fee spent on a shot-stopper. It enables him to speak with great authority on everything from what to expect from Leeds under Garry Monk to whether Ronald Koeman is the right man for Everton to how Crystal Palace are likely to perform this term to his advice for Paul Pogba on handling his history-maker status.

NM on his time at Leeds…

Moving to the club at the time I did, it was very much a club in transition. I was bought by Howard Wilkinson and then, only three or four games into the next season, he was sacked so it was a bit of a strange time and there were lots of comings and goings at the club. As soon as George Graham came in, he stabilised the club and got us heading in the right direction.

It’s very sad really. When I was playing there it was a club on the up, with European football two or three seasons in a row, and at the time we weren’t aware of the financial situation and how bad it was. It’s sad just how quickly it went from a club challenging for titles to a club that was just trying to keep its head above water.

I think the main reason for the problems since then is the lack of investment in the right standard of player. If you want to get out of that division then the investment needs to be made on the pitch. There has been a succession of owners who have enjoyed their time there but not had the ability to move the club forward. If the people that are running the club are serious about getting back into the Premier League then there is a lot more money that needs to be spent.

It has the potential to be unhelpful. He obviously puts his money in and feels that it gives him the right to have his say, but it’s not conducive to the manager and his player, it can be detrimental. The old-fashioned types of chairman that used to sit in the background and left the manager alone to deal with the players he’s been given are desired nowadays.

NM on Garry Monk and his recent comments on Cellino…

I can’t speak for Garry but most managers would rather be left alone to run things on the football side of it, and pick the players they want to get. Any new acquisitions should be his, because he is the one who is going to be judged on them.

It’s a difficult one for Garry. The fans will give him time and want to support him, but they need to see performances on the pitch. I hope he is given his time as he did a good job at Swansea and that wasn’t an easy job for him. Coming to another club, a big club and a well-supported club, he obviously wants to get the fans on board, but it’s the performances on the pitch every week that’s going to win the supporters over.

NM on his reaction when Monk was hired…

I think it was a great appointment. He is bright, fresh and coming straight out of the Premier League, where he has been used to managing players of the highest quality. I just hope he is given the budget and scope to produce the team on the pitch that he would want to. The fans crave Premier League football again and this club belongs to the fans, so Garry needs to understand that you’re only ever loaning the position or shirt from the fans and you have to try your best to appease them.

NM on Leeds’ start to the season…

It’s a disappointing start but, as we all know, it is incredibly early to start panicking. With the Championship being such a competitive league, if you can get any sort of run going then you catapult up the league very quickly and this will boost the whole team’s confidence. It’s essential now that they go on a bit of a run, winning their next four or five games.

NM on Robert Green, his mistake and time to adjust…

In my opinion, Robert is a great goalkeeper, he has bags of experience and he is possibly what is going to be needed over what could be a long tough season. Personally, the comments about his age are completely irrelevant as I moved to Everton late in my career and still enjoyed my football and played at a high level. You don’t put on an England jersey very easily so he certainly has the credentials.

It’s one of the most important positions on the pitch and it’s going to take time for him to bed in with the back four and for everyone to work together as a unit. I definitely think it’s a good acquisition and he does strengthen the team. It’s a new challenge and one that will bring out the best in him. He has to prove himself again to new people and he just wants to win over a new set of supporters.

In any game, you don’t want to concede the first goal as you then start to chase the game a bit. Teams have less to fear in the early games of the season and they tend to play as they want to play with results not as decisive this early. I think Leeds threw too many bodies forward, got caught out and as a result lost their composure and positioning from then on. In your first away game of the season, you need to keep it very tight and rule out mistakes.

NM on his prediction for the season ahead…

I still speak to supporters and it’s very split: some are optimistic and some are saying that it’s going to be more of the same with too much owner influence and the season will be up and down. I can see it being an up-and-down season too. I think for the manager, it’s about getting a squad that he is happy with but, going by previous campaigns and what previous managers have had to deal with in regards to the budget, they don’t really get to spend as much as other managers out there.

I think if you are an owner and have made the decision to get a particular manager, it doesn’t look good if you then very quickly sack him, so he will have to give Garry time. I hope it will be a smooth transition and that they can push for promotion. There have been some good managers that have got teams promoted from that level. Time will tell if it is going to any different but I am hopeful that Garry can turn it around and produce a great side.

I definitely think a replacement was needed for Roberto Martinez and they’ve got a very good one in Koeman. Martinez brought an attractive style of football to Goodison Park and adapted the style of Moyes’ team, but I think he asked far too many questions of his defence and, as a result, they lacked a lot of structure at the back. Nowadays in the Premier League, there are so many teams set up to counter you that sending the full-backs forward will leave you very exposed.

In Koeman, they’ve got the best manager they could have gone for. He did some brilliant work at Southampton following on from Mauricio Pochettino and actually progressed the team, which was very difficult to do. I hope there are plenty of positive changes and he implements his own style on Everton because I liked the way Southampton played last year.

NM on Crystal Palace under Alan Pardew this season…

They had such a great start to the season last year and were doing so well, but towards the end of the season they got sidetracked by the FA Cup and their league form faltered as a result. Alan Pardew is an excellent manager and he will need to have them quick out of the blocks again this season. As a former teammate of mine, I know he has what it takes to push the club on to the top half of the table and become a stable Premier League side.

Palace are one of the poorest teams in the Premier League and there are several clubs competing for the same signing, so it’s going to be very difficult for them to compete with other clubs but, in my opinion, it’s essential that he keeps hold of the likes of Yannick Bolasie and Wilfried Zaha over signing new players.

One thing that Palace have going for them is a fearsome fanbase and a stadium which clubs don’t like going to. They have to make the fans part of their armoury and ensure that Zaha and Bolasie are both playing together at home. Away from home, they will need to change it up and play a little more conservatively, going for a more defensively sound player instead. Overall, I think they’ve got a good squad to compete, but I think they’ll need two or three more players to be stronger.

NM on Paul Pogba’s record deal with Manchester United and the pressure of the price tag, having become the first million-pound goalkeeper when joining Crystal Palace in 1989…

It’s difficult to compare as I was very young and up-and-coming, whereas Pogba is an experienced, seasoned international despite only being 23. It’s certainly not going to be easy for him to justify the price tag, but what I did at the time was ignore my valuation, get my head down and work. It’s not my problem the club decided to spend that much on me and it’s not Pogba’s problem either. He just needs to go out and play with no fear of what he is being labelled as, which is the most expensive player in the world. He is still young and he has had the biggest pressure on him with France and Juventus, so he just needs to keep doing what he was doing to justify such a price tag.