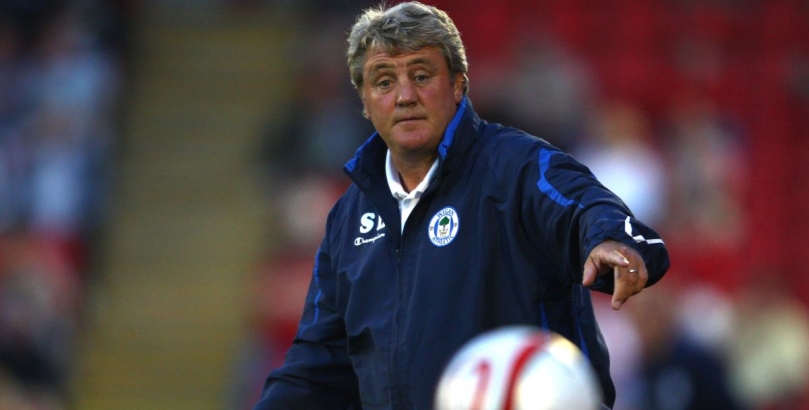 Despite relegation, it was a summer of great promise for Aston Villa, with maligned owner Randy Lerner finally selling up and far more communicative replacement Tony Xia claiming that five years from now, they will be “the top club in Europe with the highest number of fans all over the world”.

While even the most optimistic Villa supporters recognised that statement as a touch overambitious, he did at least back up such rhetoric with heavy investment.

A former Champions League winning coach was hired in Roberto Di Matteo, Premier League players like Tommy Elphick, James Chester and Mile Jedinak were snapped up, as well as top Championship strikers such as Ross McCormack and Jonathan Kodjia.

So are they on course to win the Champions League by 2020/21? The five-year view isn’t too clear, but what does seem almost certain is that they will still be stuck in the second tier for year two of that plan.

The Villans have won just one of their dozen matches since dropping out of Premier League, and none of the latest nine, with the recent reverse to slow-starting Preston causing many fans to lose patience with Roberto Di Matteo.

Xia has thus far remained supportive in his Twitter output, yet there are some attractive options potentially available if he opts to act, with Sam Allardyce and Steve Bruce among the unemployed.

However, the statistics say that regardless of whether it is Di Matteo or a new boss who oversees the rest of the campaign, Villa will not be able to gain promotion, perhaps explaining odds of 7/1.

A P11 W1 D7 L3 league record positions them two points above the relegation zone in 19th compared to 15 adrift of leaders Huddersfield, 13 shy of second-placed Norwich and even ten behind neighbours Birmingham in the final play-off spot.

Furthermore, 74 teams have won promotion to the Premier League and every one of those owned a minimum of 12 points at this stage – Villa possess ten.

Fifteen is the fewest that anyone has ascended with in the past eight seasons as strong getaways become progressively more important. Sixteen of the most recent 18 held 19 points or more, which is nine more than the midlanders have gathered to date.

Interestingly, the golden mark for the 11-game checkpoint over the last two years has been 21 points, with four of the six sides that went up in 2014/15 or 2015/16 being on that exact digit. Brighton are the only ones there on this occasion and it is 6/5 that they are Premier League-bound.