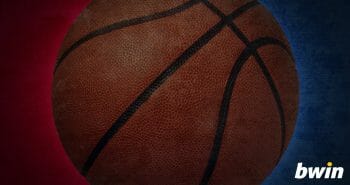 The most thrilling time for basketball fans is finally here as the NBA playoffs are set to start on the 17th of August. A team’s form during the regular season doesn’t mean much once the playoffs begin. Low-performing players can be transformed into All-Stars, defences are getting tougher, and teamwork becomes more important.

As 2020 marks the beginning of a new decade, we’ll have a look at the greatest playoff moments from the last 10 years that have shaped today’s NBA.

A single shot was enough to rescue a franchise’s reputation, and their ‘’Big Three’’ project. In Game 6 of the Finals, all hope seemed lost for Miami as the clock was running out and they trailed the Spurs by three points. Their three All-Stars, Lebron James, Chris Bosh, and Dwayne Wade, were out of steam. The San Antonio Spurs thought another ring would soon be added in their collection, and their fans were ready to storm the court and join the celebrations. With 5.3 seconds left on the clock, Lebron James takes a shot from behind the three-point line. He misses, but Chris Bosh secures the offensive rebound and finds Ray Allen in the corner. The proficient shooter, a 35-year-old veteran at the time, doesn’t flinch; he casually jumps and makes one of the most difficult shots in NBA history. That shot tied the game at 95, leading it to overtime. Miami prevailed later that night, and eventually won Game 7 that also gave them the title. A single shot that may well have helped Lebron James keep his legacy as one of NBA’s best ever intact.

Lebron lifts the Cavs’ spirits in 2016

Lebron returned to Cleveland in 2014 and promised the fans to deliver the franchise’s first ever NBA championship. In 2015 though the dominance of the Golden State Warriors would put a stop to those dreams. At the 2016 NBA Finals, Lebron James and the Cleveland Cavaliers would once again meet their familiar rivals. Even though the Cavs were behind 3-1 in the series, with Golden State needed one more win to claim the ring, they had managed to tie the series to 3-3 with the championship to be decided in a Game 7. With the score tied at 89 and 1:52 left on the clock, Andre Iguodala drives to the basket with ease; two seemingly easy points for the Warriors. That is until Lebron appears out of nowhere. Having run all the way from half-court, James suddenly shows up behind Iguodala. Without putting on the brakes, James jumps and then emphatically blocks the shot. That one play reignited the Cavs’ dim fire and gave them the boost needed to claim the win against a team that had a legitimate claim as the greatest of all-time. The Cavaliers’ first NBA Championship also marked one of the greatest comebacks in sports history.

J.R was struggling to find a team in the NBA this season. The Lakers finally signed the 34-year-old in July as a last resort. Even though a player most teams would need, his ability was questioned by that one single action during the 2018 NBA Finals. With the score tied at 107, the Cavs came extremely close to an upset win against the Golden State Warriors. At least that could be true if J.R didn’t seem so out of place. With few seconds left in Game 1, J.R gets the rebound after a missed free-throw. He has two easy choices; an easy putback or passing to an open teammate. Instead, he decides to dribble out the clock to an overtime. After that, the entire series seemed doomed for the Cavs, while his teammates’ confused reactions remain worth viewing to this day.

Damian Lillard’s shows no mercy against Oklahoma in 2019

The definition of a clutch shot. In Game 5 of the Western Conference semi-finals against the Oklahoma City Thunder, the Portland Trailblazers lead 3 to 1. With 7 seconds left and the score tied at 115, Damian casually dribbles the ball up the court, comes to a halt a bit above the half-court line, and signals his teammates out the way. With 2 seconds remaining and Paul George – one of the league’s best defenders – guarding him, Damian takes a casual step back and shoots the ball from 37 feet away. Once the clock runs out, the ball has already fallen comfortably into the net. With the score 118 to 115, Portland progressed to the NBA’s 2019 Western Conference Finals. Lillard remained merciless until the end, as he was seen walking off the court waving his hand at a devastated Russell Westbrook. This single shot could have been the one to end the OKC’s franchise as we knew it with Westbrook transferred to Houston and Paul George leaving for the L.A Clippers soon after.

Kawhi shows his finesse against the 76ers in 2019

It’s Game 7 of the NBA’s Eastern Conference Finals. The score is tied at 90 points each, and both Toronto and Philly’s players are ready to head to overtime. With 4,2 seconds to go, Marc Gasol inbounds the ball for Toronto. Kawhi Leonard gets the ball, dribbles past Ben Simmons and then Joel Embiid. Still heavily guarded, he finds a single open space in the base line and takes an off-balance jump shot. The clock has already run out.  The ball bounces 4 times around the rim, as Leonard crouches down on the court. For a moment, the whole stadium was silent as the ball fell ever so slowly into the net. This buzzer beater led the Raptors to the 2019 NBA Finals against Golden State where they put a stop to the Warrior’s dominance and managed to celebrate the franchise’s first ever championship.

As most teams have built highly competitive rosters, this season’s playoffs could give us even more iconic moments with epic game-winners and fierce shot-blocks just around the corner. So, who’s your choice as a conference finalist? Can Lebron return to the NBA Finals after a one-year absence? Will the Milwaukee Bucks make it past the Eastern Conference Finals this time around? With Toronto ready to defend their championship and Clippers looking as the NBA’s upcoming dynasty, there will be no clear favourites as we’re heading into the NBA’s most thrilling clashes! Don’t miss all the latest NBA predictions and odds right at bwin news.

Got another favourite playoff memory? Let us know on social with our hashtag #NBAallDay.