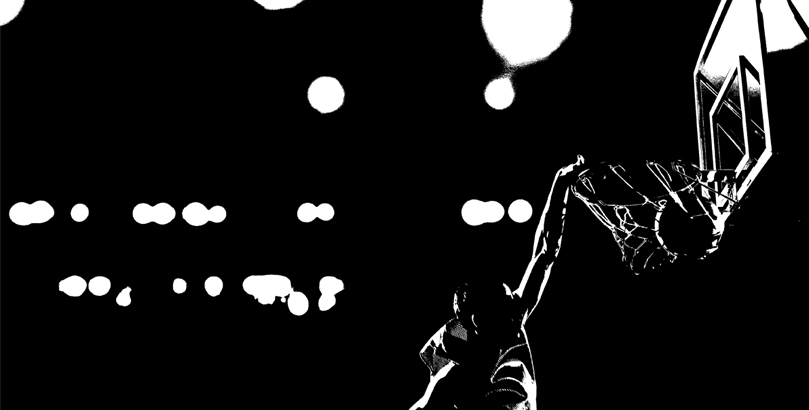 The All-Star Weekend has gifted basketball fans numerous highlights over the years, while commemorating the end of the regular season in the most spectacular way possible. Even though the format changed last year – the Conference All-Star battle was replaced with team Giannis versus team Lebron – one contest that will always be phantasmagoric is the Slam Dunk Contest.

This year’s contestants promise an exciting dunk feast featuring a past winner in Dwight Howard of the Los Angeles Lakers, two previous runners-up in Derrick Jones Jr. of the Miami Heat and Aaron Gordon of the Orlando Magic, and a first-timer in Pat Connaughton of the Milwaukee Bucks. To celebrate the 2020 Slam Dunk contest, we’re reliving some memorable dunks that share the unique combination of significance and spectacle.

Dwight’s performance in the 2008 Slam Dunk contest was all about fan entertainment. Donning a Superman cape, Dwight received the ball from behind the basket while he was mid-air having jumped after the free-throw line. Even though not technically a dunk, the moment he threw the ball into the net got the crowd off their feet. Perhaps he has something as special in store for us in the 2020 Slam Dunk contest as well?

Vince Carter brings the Slam Dunk back to life

The still active 43-year-old guard of the Atlanta Hawks was the ultimate icon of the early 2000s. His energy and domination in the 2000 contest revived a competition many thought utterly gone. With his spins, 360-windmill, or between-the-legs, the then Toronto Raptor sparked discussions amongst everyone in the NBA world with fans and players alike trying to imitate at least one of his dunks. He topped his performance with half his dunking hand stuck inside the hoop, while he was hanging comfortably by his elbow from the rim. And that was the start of Vinsanity.

The late Kobe Bryant made everything look simple in the 1997 contest – even though he was still a rookie. The player that had yet to become Black Mamba executed several demanding dunks with seemingly no effort. And he still performed a complicated reverse jam without even taking off his warming-up jersey. One of the top players to ever enter a basketball court, the 5-time NBA Champion will forever be missed.

The international basketball and cultural symbol that is Michael Jordan found his jumping-off point at the 1988 Dunk Competition. The image of his legs wide apart, tongue out, as he jumps off the free-throw line before dunking the ball cemented his image deep into the minds of opponents and fans alike inciting both terror and awe. Even though Jordan had lost to then favourite Dominique Wilkins in 1985, he was never one to accept failure. The most famous dunk in the history of the competition is also considered the foundation of the immense legacy left behind by the world’s greatest player. Perhaps the path to greatness is all about that special combination of attitude and effort. As Air Jordan himself has stated, “I’ve never lost a game. I just ran out of time.”

The Slam Dunk Contest is once again bound to be the highlight of the 2020 All-Star weekend hosted in Chicago. And for a good reason, as you bear witness to near impossible feats performed some of the world’s greatest athletes.

You can easily find the latest NBA predictions and odds right at bwin news.