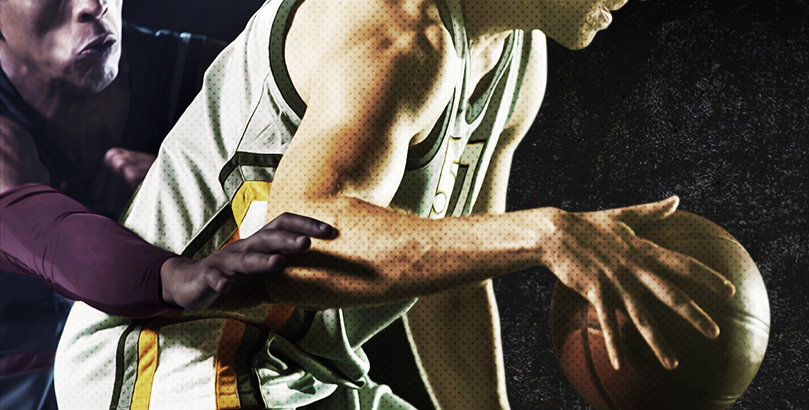 As we’re approaching the halfway point of the 2019/20 NBA season, fan speculation has either come true or remains highly creative fiction. Giannis Antetokounmpo has proven last year wasn’t a fluke and continues his MVP form, James Harden keeps getting more difficult to guard, while Anthony Davis and LeBron James’ exceptional chemistry is more than pleasing to watch. And yet, although there were doubts, most fans wouldn’t be taken aback over these performances.

Who could have anticipated the rest of the surprises the NBA was keeping in store for us though? Let’s have a look at players that reinvented themselves, failed to produce, or teams that have been on everyone’s lips for the wrong or the right reasons.

Dwight Howard’s journey back in time

Reinvention is a difficult thing to achieve. Especially if you are a multiple All-Star and a future Hall-of-Famer. Taking a step back on offense, giving up the ball selflessly, and solid on defence, Dwight seems to have returned to his 2014 form. Teams are avoiding him in the post and Lakers comfortably occupy the West’s top spot.

Are the Lakers champion favourites?

Once upon a time, he was a player no one had heard of. Last year, he broke out and won Most Improved Player. Later in the season, he became a NBA Champion with the Toronto Raptors. This year, he stepped up, successfully filled the gap left by Kawhi and vastly increased his shot variety and percentages. Now, Toronto relies on him to shatter more expectations and lead them to a second title.

Fancy Toronto for another championship?

From 5 straight Finals appearances, to the worst team in the West and the NBA’s overall rankings. Before the start of the season, Kevin Durant left for Brooklyn, Klay Thompson had a worrying injury, and most of their supporting role players left for new challenges. Golden State were still considered amongst the favourites though, especially since they managed to sign D’Angelo Russell. Not long after he was injured, Stephen Curry also broke his hand. With a squad of unknown players remaining, the Warriors are not likely to reach the NBA Finals for a sixth year in a row.

Can the Warriors battle to a playoff spot?

Is it time for a slow rebuild in Dallas? Luka and his triple-doubles don’t seem to think so. Breezing through the regular season and leading Dallas with ease to the playoffs in a much competitive West, the 20-year-old is amongst the standouts of the season in just his sophomore year. Could the leader of the best offense in the league already be one of the NBA’s ten best players and this season’s MVP?

Do you think Dallas has what it takes?

Their terrible form and continuous injuries to key players forced last year’s Western Finalists to sign Carmelo Anthony; a risk no other NBA team was willing to take for almost two years. Melo is a treat for the fans yet has obvious defensive flaws in his game and still chooses high-risk isolation plays on offense. On the other hand, Hassan Whiteside hasn’t been able to make a difference, CJ MCCollum is not consistent, and the spectacular Damian Lillard looks desperately lonely on the floor. Perhaps a trade for a new star is on the horizon.

Will Portland get over their hump and reach the Finals?

A middle 1st round pick and a formally undrafted player have been leading the Miami Heat in the NBA’s Eastern Conference. Tyler Herro and Kendrick Nunn could both be Rookie of the Year candidates while Bam Adebayo and Jimmy Butler’s elite defence is scaring even the most arrogant offenses.

Is Miami a favourite in the East?

The Pacers are good even without Victor Oladipo

Victor Oladipo broke out in 2017 and became a bona fide All-Star. The shooting guard made Indiana fans anxious after his injury in January. And then came the steal of the summer. The Pacers didn’t hesitate in bringing in Malcolm Brogdon who thrives with his new team. Domantas Sabonis and Myles Turner have been impressive as well, and steadily lead Indiana to the East’s playoffs.

Can Indiana challenge the top of the East?

No, It’s not a dream. Nor is it an impossible nightmare. The Suns – the team that have been at the bottom of the NBA for years – are playing good basketball. Who knew that Ricky Rubio and Aron Baynes could actually transform a team so effectively? The mix of young, top picks with veterans seems to be finally doing the trick for the Suns and just may bring them some much needed playoff time.

Is Phoenix’s fire enough for a NBA Championship?

Andrew Wiggins may actually be a star

Do Minnesota finally have a legit top duo? Wiggins went from a No. 1 pick to a player considered average and overpaid, while Karl Anthony-Towns was left to carry the Timberwolves on his own. Wiggins is finally showing promise turning to an offensive threat across the floor, and Towns is leading the league in 3-point attempts per game among centers with an impressive 44.4 percentage.

Are the Timberwolves ready to win it all?

San Antonio’s system has worked for years. Once it dominated the entire NBA and then it sustained the team as a constant threat and a regular playoff contender. Perhaps Gregg Popovich’s plays are outdated. It could also be that their two All-Star players, DeMar DeRozan and LaMarcus Aldridge, don’t fit well together. This may just be the first time since 1997 that San Antonio won’t make the playoffs.

Can San Antonio still be considered a title threat?

Basketball fans should be overjoyed since more surprises will certainly lie in wait ahead of the All-Star Weekend, and as the playoffs are drawing near, players and fans alike will put the highlight reels aside and focus seriously on winning.

Don’t forget to follow bwin’s social with #NBAallDay for the latest NBA action.