On the eve of the new NBA season, we’ve taken a look at the early-season prospects of every team using two different measures.

Firstly, to see how well they might start the new campaign, we’ve used our latest NBA Championship odds to assess the strength of everyone’s first 10 opponents.

In addition, we’ve also considered how much each team’s roster has changed since last term in our NBA season preview 2021-22.

We’ve measured this by looking at the share of minutes spent on the court in the 2020-21 regular season that were accumulated by players who are still with the team.

The Boston Celtics could start the season well as they don’t have to face any of the eight championship favourites until they host the Milwaukee Bucks in their 12th game. Meanwhile, the Brooklyn Nets – the team considered most likely to win the NBA Championship – start with two tough tests against the Bucks and the Philadelphia 76ers.

The Chicago Bulls could make an impressive start to their season, with all of their first five opponents priced at 65/1 or longer for the NBA Championship. The Cleveland Cavaliers are expected to struggle and they haven’t been helped by their schedule, which sees them wait until their 13th game before they face an opponent with similarly long odds.

Like the Cavaliers, the Washington Wizards are not expected to win many games and have been handed a tough start – all of their first 10 are against opponents with significantly better odds of winning the NBA Championship. Meanwhile, the Orlando Magic have one of the gentlest opening schedules in the entire NBA, with only two of their first 10 opponents priced at 50/1 or shorter.

Moving across to the Western Conference, the Utah Jazz are expected to stroll to the Northwest Division title this season and could get off to a fast start – three of their first four games are against teams likely to struggle. Spare a thought for the Oklahoma City Thunder, who have a truly horrific opening schedule – seven of their first eight games pit them against opponents who will be targeting the NBA Championship this season.

After a tricky first two games against the Golden State Warriors and the Phoenix Suns, the Los Angeles Lakers will enjoy seven in a row against teams who aren’t considered to be realistic rivals for the NBA Championship this season. The Sacramento Kings share a division with four of the strongest teams in the NBA and have to endure a tough start that will see them wait until their 12th game of the season for an opponent at a similar level to their own.

The Dallas Mavericks will be expected to dominate the Southwest Division and that could start straight away, given that they avoid playing one of the NBA Championship favourites until their 14th game. After a gentle opening two games, the unfancied Houston Rockets then endure a tough eight-game run against opponents who are priced at 50/1 or shorter for the championship.

Tackling the six divisions in the same order, the Philadelphia 76ers are the Brooklyn Nets’ closest rivals in the Atlantic Division and have the advantage of a relatively settled roster. However, they will need to introduce a new Center after veteran Dwight Howard’s return to the Los Angeles Lakers. The Toronto Raptors have seen the biggest turnover, particularly in the pivotal Point Guard position where they have lost almost two-thirds of last season’s minutes after Kyle Lowry was traded to the Miami Heat.

Central Division favourites the Milwaukee Bucks are also its least-changed team since last season, although there are minutes to replace among the Guards. Meanwhile, the Chicago Bulls have lost more than half of last season’s playing minutes, with Point Guard the only part of the roster not to have undergone significant restructuring. Coby White will have to adjust to having a lot of new faces around him, although both Zach LaVine and Patrick Williams remain with the team.

One of the Atlanta Hawks and the Miami Heat should top the Southeast Division this season and the Hawks have significantly more continuity from last season, particularly among their forwards. The Orlando Magic are considered a longshot to make the play-offs tournament and will have to bed in a lot of new players after losing more than half of last season’s regular season minutes.

The Northwest Division is the least-changed in the entire NBA this season, with three teams having retained more than 80% of their playing minutes from 2020-21. Juan Hernangomez is the only departure from the Minnesota Timberwolves who spent more than 500 minutes on the court last season. While the Portland Trail Blazers still have both of last season’s top scorers – Damian Lillard and CJ McCollum – in their ranks, the next three most prolific players have all moved on.

There has been little movement at the Phoenix Suns since last season – they have the most familiar roster in the entire NBA with 91% of last season’s minutes accumulated by players who are still with the team. The Pacific Division also contains the most-changed team, with the Los Angeles Lakers’ roster rendered almost unrecognisable by the departure of players responsible for more than three-quarters of their 2020-21 regular season minutes.

Eight of the nine Dallas Mavericks players who spent the most time on the court in 2020-21 are still with the team – shooting guard Josh Richardson is the exception after he moved to the Boston Celtics. The New Orleans Pelicans will have some new faces in the guard positions this season, with Eric Bledsoe and Lonzo Ball the most notable departures in a mini-exodus over the summer. 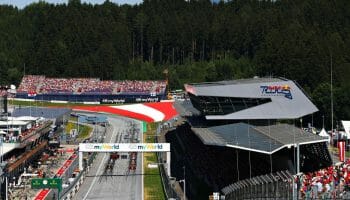