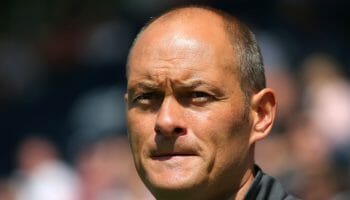 Wigan upset the odds when helping to knock Leeds off top spot in the Championship last weekend, but we’re still willing to oppose them with Preston at DW Stadium.

Promotion hopefuls North End have a 100 per cent record against the current bottom six this season, winning all eight of those fixtures.

Punters can get 31/20 for an away victory and that price is good enough to be our opening Wigan vs Preston prediction.

However, the Owls have been struggling for consistency of late and Leeds were guilty of missing a number of good chances in a game they dominated.

“It’s going to be a really good challenge to stay up, but if we play like that, then we’ll give ourselves a good chance,” declared Paul Cook.

“We showed desire, determination and a real spirit. We had to defend well, but we had chances as well. There’s a big challenge ahead, but it’s one we’re looking forward to.”

Wigan had won only one of their previous 16 league games prior to that double fillip, though, and we still fear they lack quality in key areas.

No team has scored fewer goals at home than the Latics in this division, so Wigan vs Preston odds.

Preston slipped to two defeats over the New Year but have since recovered to pick up eight points out of 12, putting them just below the play-off places.

The two wins during this good run were against Charlton and Barnsley, highlighting that ruthless streak when taking on struggling teams.

Alex Neil said of his new recruit: “All the top teams have got somebody who can do something out of nothing.

“It’s always important for a forward to get his goal, especially when you sign a high-profile signing like Scott, who has played at a high level, played at certain clubs and won things.

“Everyone’s thinking, ‘Go on, then, show us what you’ve got’, and Scott’s put that to bed. I thought he looked sharper.”

Lancashire derbies are usually tight and tense affairs, but we just feel the Lilywhites are a level above the Latics at this point.

Let’s finish off our Wigan vs Preston betting tips by taking 17/4 for an away win and under 2.5 goals in the game.