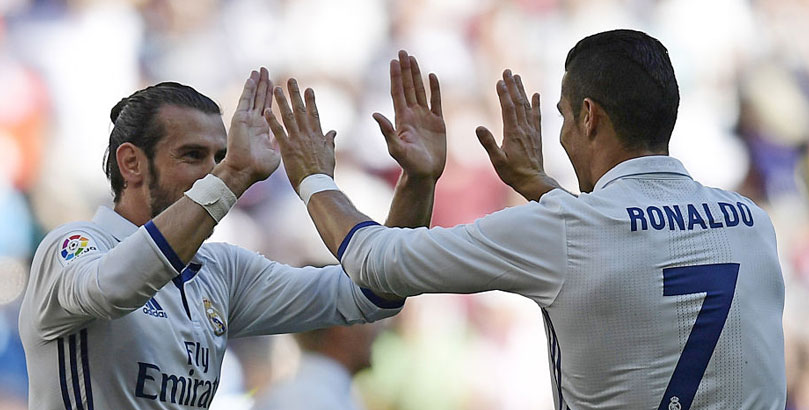 Real Madrid can take a huge step towards securing a first LaLiga title triumph since 2012 by beating Barcelona at the Bernabeu on Sunday.

The pressure is all on Barca going into this game, with the visitors three points behind their arch rivals and having played a game more.

That could make them vulnerable and, looking at the Real Madrid vs Barcelona odds, we reckon the Whites are worthy favourites at 21/20 to claim a vital victory.

Real Madrid had to rely on a stoppage-time equaliser from Sergio Ramos to claim a 1-1 draw at Camp Nou in the first Clasico of the campaign at the start of December but a point was no more than they deserved that day.

Luka Modric dominated in midfield for much of that contest and Barca now look even more lacking in this department, with the ageing Andres Iniesta surrounded by players who look just a touch short of top quality.

Real can call on the likes of Isco, Toni Kroos and James Rodriguez to set the platform for success while it goes without saying that Cristiano Ronaldo and Gareth Bale can give Barca’s dodgy defence the run-around if seeing enough of the ball.

Real have gone 22 games against Barca without keeping a clean sheet but we’ll settle for 11/5 for the hosts to prevail and both teams to score.

Of course, it would be foolish to write off any team featuring Lionel Messi and Luis Suarez but losing Neymar to suspension will allow Real Madrid to pay more attention to Barcelona’s remaining two superstars.

Suarez has enjoyed success against Real, with four goals in as many Clasico appearances, but Messi has found it harder to make an impact of late, going six encounters without hitting the back of the net.

As already mentioned, we just don’t think Barca have recruited well enough with regards their supporting cast going forward and they have also looked particularly shaky at the back in big road games this term.

Barca were taken apart by Manchester City, PSG and Juventus away from home, plus they’ve recently lost 2-1 at Deportivo and 2-0 Malaga, so we’re taking 13/1 for a correct score of 3-1 in favour of Real.

Man Utd vs Anderlecht: Red Devils to be clinical at home
Hull vs Watford: Tigers to roar at home once more
Author