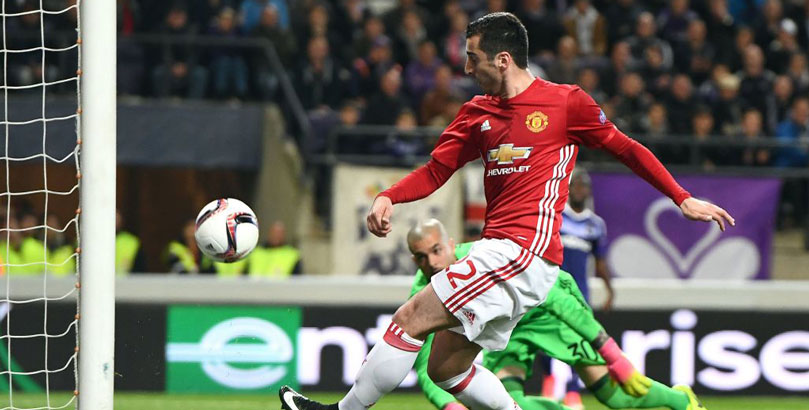 Manchester United will have left Belgium frustrated after only drawing 1-1 with Anderlecht but the Red Devils are still hot favourites to progress from this Europa League tie.

The hosts certainly have history on their side, with Anderlecht’s three previous trips to Manchester ending in 5-1, 3-0 and 10-0 defeats.

The first of our Man Utd vs Anderlecht betting tips is to take 2/1 for Jose Mourinho’s side to win the second leg by more than two clear goals.

Manchester United looked in total control at the Constant Vanden Stock Stadium after Henrikh Mkhitaryan had given them a deserved lead but an inability to turn dominance into goals once again returned to haunt them late on.

Mourinho insisted a score draw away from home was still a positive outcome but admitted: “I think the result should be much better and we can only blame ourselves because we didn’t play in attack with that instinct. If I was a defender, I would be very upset with the attacking players because they have to kill the game and they didn’t.”

United have been pretty ruthless at home in this competition, though, with five straight victories recorded, 13 goals scored and just one conceded, so it will be disappointing if they don’t finish the job off.

Punters can get 9/10 for United to win to nil this time.

Anderlecht looked out of their depth for large parts of the first leg in Brussels but they deserve plenty of credit for hanging in there and then striking on the break via Leander Dendoncker’s powerful header in the 86th minute.

“It’s a good result, that’s clear,” said manager Rene Weiler. “We played against a very good team. We had a lot of difficulties in the first half, we did not create a lot of chances, the opponent was very strong. In the second half, we showed a lot of courage. I am proud of how the team played.”

However, Anderlecht certainly rode their luck, with Jesse Lingard hitting the woodwork and goalkeeper Ruben having to save well from Zlatan Ibrahimovic and Paul Pogba.

The Belgian outfit gained some solid results on the road in a weak group but were lucky to survive a 3-1 loss at Zenit in the last round, with Isaac Thelin’s stoppage-time strike sending them through on away goals.