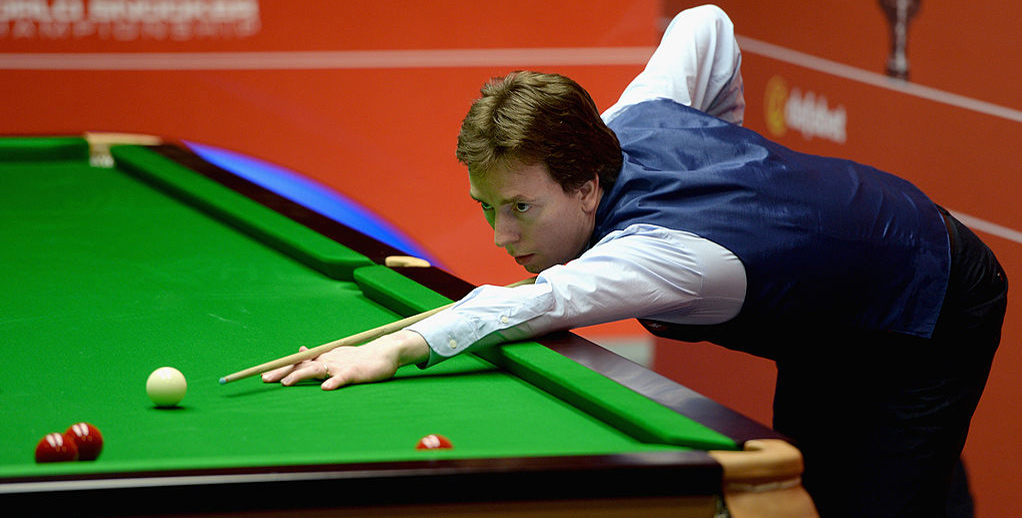 It is 20 years since Ken Doherty was crowned world champion when he became the first player to beat Stephen Hendry in a Crucible final. Ahead of this year’s tournament, the Irishman assesses the state of the sport and gives us his World Snooker Championship tips.

I definitely think that snooker has been overlooked for many years. It is a very popular sport. Over 300 million people around the world watched the final last year when Ding Junhui was playing Mark Selby. It is one of the leading sports on the BBC, it’s huge in the UK and it kind of baffles us as players as to why it is continually overlooked for funding.

We need funding for the grassroots to keep the kids playing, it’s a great amenity for communities, it gets young people in a learning environment, keeps the kids off the street and is key to developing their social skills as well. I think it would be better for Sport England to pump some money to support the grassroots level.

Who are your 2017 World Snooker Championship tips?

You expect the usual protagonists to be up there, such as Ronnie and Mark Selby. I do think this could be Judd Trump’s year. I know we have said that for a few years but he’s had a good season, won a tournament a few weeks ago and he’s been to the final before.  I think he’s matured as a player and added consistency to his game. He is confident and in form and he’ll definitely be the people’s favourite.

Amongst the qualifiers, look out for Yan Bingtao – he’s only 17 but looks a real prospect. He plays Shaun Murphy in the first round and also look out for another Chinese prospect Zhou Yuelong, who plays his compatriot Ding Junhui in the first round. In terms of a dark horse, another player who has been to the final before is Barry Hawkins. He’ll be big odds but is a good outside bet for an each-way punt.

Fergal O’Brien qualified, playing the longest frame in the history of the game in the process. What would represent a good tournament for him?

He’s very happy to have qualified. It all depends on the draw and who he has to face and if he can get through round one. If he does, anything can happen; the qualifiers go into the tournament having won three matches so are match sharp and have momentum.

I wouldn’t be surprised to see a few seeds go out in round one. Unfortunately for Fergal, he’s drawn Mark Selby – the reigning champion – but he has nothing to lose, the pressure is off so let’s see what happens.

How close are we to a woman making the men’s World Championship?

I was rooting for Reanne Evans, she’s done a lot for the women’s game and pushed me all the way in the qualifiers a couple of years back, so I know just how good she is. It would be huge for a woman to qualify and reach the TV audience.

The system at the moment isn’t helping women break through. She has to win three matches against top opponents to get to the first round, Sheffield and the TV audience. I think we need to look again at the qualification process. I’d call on World Snooker to change the draw to help get more women into the tournament proper.

Now there is a new system, I’d do away with qualifiers and make it so everyone plays from a round one. There should be no qualifiers. If everyone was entered in at a round one stage, we’d see the likes of Reanne Evans and Ng On Yee from Hong Kong competing with and beating men in front of a TV audience, which would be brilliant for women’s snooker. I think there has to be a restructure of the World Championship qualifying to take us to a fair system.

Barry Hearn has said he expects half of the top 32 to be Chinese in the next five years, such is the growth of the sport in China. What’s your view?

I am really interested in Barry’s comments. The snooker revolution in China is amazing, it’s the total opposite to Sport England. The Chinese have embraced snooker and made it part of the school curriculum, they’ve installed thousands of tables across schools in China, so they are introducing it at a very early age and developing players.

It has become one of their biggest sports. Ding is one of China’s biggest sports stars, which is keeping the boom going and generating some momentum. That’s another leaf Sport England should take out of their book. We are seeing the results of the investment now, with 16 and 18-year-olds qualifying for the World Championships with increasing regularity. It’s great for the sport to see young fresh faces at The Crucible.

1 Your selection
2 Start Playing
Register, deposit £10 or more and place a Sport bet (3+ selections) up to £20, each with odds of 1/2 (1.5) or greater.
3 Get your FreeBet
If it’s not a winning bet, you’ll get up to £20 back as a FreeBet. T&Cs apply
Bet now! Log in
X
European football acca: Five banker bets for Saturday
Man Utd vs Anderlecht: Red Devils to be clinical at home
Author 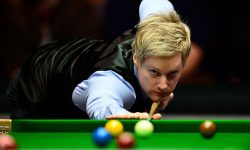