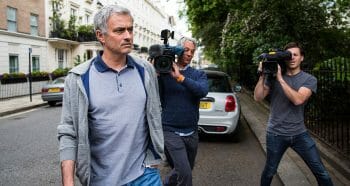 Louis van Gaal’s Manchester United were chastised for any number of reasons over a two-year tenure, though one laudable accolade brushed firmly under the rug from the Iron Tulip’s swansong campaign was the Red Devils’ defensive record.

Namely, it was the joint-best the Premier League could offer in 2015/16 and in a single-digit league of its own at Old Trafford, where only nine goals were conceded all season.

The next meanest home record was Arsenal, with 11 leaked at the Emirates.

All very well, if you win the league (or even make the top four) we hear irked United fans scream. There is something in this.

Indeed, the flurry of high-profile transfer activity since Jose Mourinho took the reins suggests there are many areas of Van Gaal’s gritty Man Utd incarnation that require makeovers.

The attacking additions of Zlatan Ibrahimovic and Henrikh Mkhitaryan should go a long way to remedying the dearth of goals last season; only Stoke of the top 11 clubs netted fewer.

There is an argument, however, that after the arrival of £30m man Eric Bailly from Villarreal, Mourinho must resist an influx of defensive reinforcements, although adding another top-quality centre-half (or two) would not go amiss.

Before his squad’s awful injury-streak began with left-back Luke Shaw’s post-watershed leg break against PSV Eindhoven last September, there was a really good shape about Van Gaal’s back four.

It was an arrangement consisting of new signing Matteo Darmian on the opposite flank to Shaw and right-sided Chris Smalling accompanied by left-sided Daley Blind in the centre.

The unit contested the first seven games in all competitions, achieving five wins and a draw to kick off ‘15/16 in very hopeful fashion.

Although Smalling and Blind would remain as the nucleus for the majority of the campaign and the imperious David de Gea replaced Sergio Romero between the sticks in the league, numerous players then turned out in support of them, with Van Gaal opting to change systems to a 3-5-2 on occasion.

The emergence of the latter pair, both academy products, should be as pleasing for Mourinho as it was for fans of the club last season.

With arguably Europe’s best goalkeeper De Gea having pledged his allegiance, and Shaw on the pre-season comeback trail, there are pieces of the defensive jigsaw puzzle falling back into place for Mourinho as he gears up for his maiden campaign as Manchester United manager.

Perceived weak link Blind could lose out to Bailly in any Premier League starting XI, although the versatile Ivorian could also keep Darmian on the bench at right-back, after a season splitting his duties in Spain between the two positions.

Much may depend on whether Mourinho finds himself another big-name centre-half this summer.

A triumvirate of De Gea, Smalling and Shaw is certainly a decent defensive platform to build off though, especially with the option to play Blind just in front.

Man Utd are 7/2 to win the Premier League title in their first season under Mourinho.