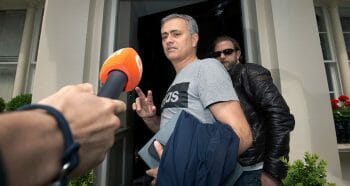 Jose Mourinho’s costly rebuild of Manchester United’s squad appears to be moving on at pace, with news that the Red Devils boss wants to spend £25m on Monaco right-back Fabinho.

Having already brought in Zlatan Ibrahimovic, Henrikh Mkhitaryan and Eric Bailly this summer, it appears an attacking full-back is next on the Portuguese’s wish list.

Fabinho, a 22-year-old Brazilian cast in a similar attack-first role as Dani Alves, Maicon and many of his countrymen, has been with Les Rouges et Blancs since 2013, but has been far less creative than his reputation suggests.

In total he logged over 3000 league minutes and although he did chip in with six goals, those figures belie a player reportedly famed for his marauding style.

Here, sports.bwin.com/en/news offer up four more-creative alternatives that Mourinho could strengthen the right flank of his defence with:

Only 10 of Risse’s 33 Bundesliga appearances for Cologne last season came at right-back, with the rest seeing the German used further up the flank.

However, Mourinho need only look at Antonio Valencia for an example of the value of retraining a winger.

The German averaged 2.6 accurate crosses per 90 minutes from full-back, which was the highest of any player in the position to have completed more than one full match in the top five European leagues.

Throw in the fact that he was successful with nine more crosses than Fabinho and it certainly seems like Mourinho is targeting the wrong Brazilian.

Although originally purchased by West Brom as a centre-half, Tony Pulis used Dawson exclusively on the right touchline last term, where the Englishman proved to be a gem.

Only two Premier League compatriots made more key passes than the England-U21 international, while the 26-year-old showed his ability in front of goal by scoring four times.

Much is made of the six goals Fabinho notched last term as proof of his attacking nous.

In reality though, only half of his total tally of six came from right-back, where his understudy proved more potent.

Toure matched the three goals Fabinho recorded in the position in just nine appearances and from a whopping 2300 fewer minutes played.

United are 7/2 second favourites in the 2016/16 Premier League title betting.