Saturday afternoon sees the first meeting of Blackpool and Nottingham Forest since the dramatic Championship play-off second leg match at the City Ground at the end of the 2009/2010 campaign, where Blackpool booked their place at Wembley and denied Nottingham Forest a chance to return to the promised land of the Premier League.

While Blackpool were enjoying their short but sweet stay in the top flight, Forest ended up clinching a second successive play-off finish, only to suffer a similar fate to the previous year in losing to Swansea City at the semi-final stage.

Ian Holloway’s men actually beat the Reds no fewer than four times in the 2009/10 season – twice in the play-offs and twice in the league.

After an encouraging start to this term – including a last-minute victory against a resurgent Doncaster last time out – it is no surprise that they are favourites (evens) to continue that winning run.

However, Forest will be full of confidence following their magnificent victory against Middlesbrough on Tuesday in Steve Cotterill’s first game in charge.

That was only the third league win of the season for the club, and their new manager will be hoping the honeymoon period will continue by the seaside.

Beating the Tangerines on their own patch might be a stretch to far (11/4), but the fillip provided by Cotterill could help Forest to a draw (11/5).

If they do manage to claim a point, they are likely to have to score more than once to keep pace with Blackpool, who are the third-highest scorers at home in the league.

Punters who use their free £25 bet will see a return of £325 if they correctly predict the game to finish two-a-piece, with the free bet available to new customers who sign up for a bwin account.

A more ambitious punt would be the 3-3 scoreline, which you can back at a generous 33/1. 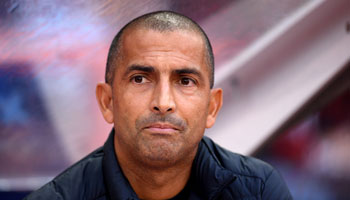