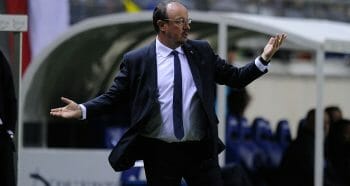 Championship matchday 14 sees arguably the division’s three biggest box-office draws, Aston Villa, Newcastle and Leeds, all lining up at 15:00 on a Saturday for only the third time this season.

news.bwin decided to use the opportunity to analyse the incidents that reoccur most frequently in matches involving each of the trio…

Prior to Aston Villa’s first win in 11 games away to Reading in midweek, they were on a run of ten successive fixtures in which the total number of goals was even.

Of course, that was assisted by the frequency with which they drew, sharing spoils eight times in that sequence, but their defeats also met the criteria – 3-1 at Bristol City and 2-0 at Preston.

At Villa Park, the even trend goes back even further, dating back to their miserable Premier League departure, proving it isn’t all about the stalemates.

The Magpies required a brief period of transition following relegation and a summer of notable squad turnover, losing to Fulham and Huddersfield. Their record since then has been unrivalled though, with 11 Championship outings yielding nine victories, a draw and an isolated reverse.

A recurring element of those contests was that they continually scored in the second quarter of an hour, firing on seven separate occasions between minutes 16 and 30, and never more than once in a single showdown, meaning that bets on them netting in that timeframe have a 64% profit rate.

As with Newcastle, a fairer reading of Leeds is gained by stripping away the first three results, which were affected by adaptation, in this case from Steve Evans to Garry Monk, and misleading. Across all competitions, they leaked seven goals in those three assignments, compared to ten in the next 13.

Just once across those latest 13 matches did they concede before the 55th minute, and never in any in any of the most recent ten. One inevitable by-product of that is that eight of those ten games featured more second-half goals than strikes before the break, yet that is odds-against at Wolves.