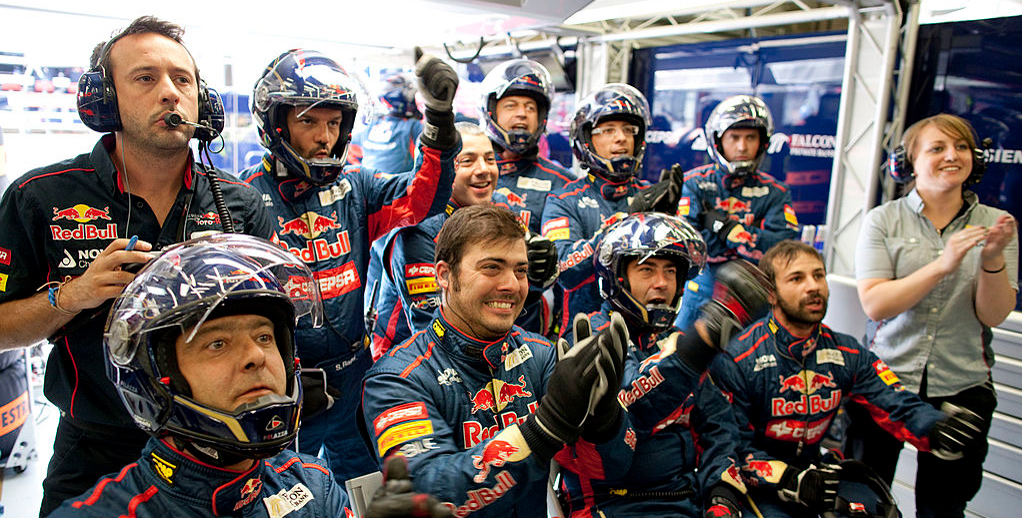 Sarah Holt is a freelance sports writer who specialises in Formula One. A former BBC journalist, she currently writes for a number of international news media, including CNN, Channel 4 and Live Wire Sport. We have asked her to explain to us the Formula One points system.

How much can individual F1 results affect the overall points table of the Championship?

“Race results ultimately decide who wins the Team and Driver’s World Championship trophies. Points are awarded for the top-10 finishers in a Grand Prix: 25 points for a win and 10th place gets a single point.

“Individual race results can have a major impact on the overall standing. Lewis Hamilton won the 2008 World Championship by a single point after climbing up to fifth place on the last lap in the final race. If he hadn’t gained a place then Felipe Massa would have been crowned champion, so it’s vitally important.

“In 2016, if Lewis Hamilton’s engine had not caught fire in Malaysia he would probably have won the race and the World Championship instead of Nico Rosberg.”

How important is the F1 driver point position at each stage of the Championship?

“There is always a certain allure to being at the top of the table but it only really counts where you are at the end of the season, much like in any other sport. If the championship lead see-saws between drivers, it’s fun to keep a close eye on the standings and see which driver needs to finish where to return to the top of the pile. That can inform how they race on Sunday.

“The 2010 season had one of the most exciting finishes in recent history with four drivers – Vettel, Webber, Hamilton and Alonso – in contention right up to the wire.”

Do you find yourself looking at the F1 championship leaderboard and get surprised at how things look?

“It is surprising when you see brilliant world champions like Jenson Button and Fernando Alonso (pictured) struggling at the bottom of the table. Alonso – a double world champion and highly rated by his peers – finished 10th last season but was 17th in 2015.”

With Mercedes dominating the F1 manufacturer’s standings in the most recent years, can you see any other manufacturer taking some F1 constructor points from Mercedes and start to dominate themselves?

“Absolutely! Red Bull and Ferrari were already closing the gap on Mercedes last season and Red Bull in particular are tipped to make a real challenge in 2017, now that the formula is weighted in favour of aerodynamics, something their chief technical officer Adrian Newey specialises in.”

Formula One has driver penalty points like no other racing sport – can you explain how the F1 points system works?

“The system was introduced in 2014 and it works a bit like a road car driving license points system. The race stewards can hand out penalty points to a driver for any misdemeanours and if a driver gets 12 points during a season, he or she will be suspended from the next event. After that, the points are removed from the licence once the suspension is complete. They also expire after 12 months.

“Things that might get a driver penalty points include unfairly blocking another driver, causing a collision and speeding in the pit lane. Esteban Gutierrez, who drove for the Haas F1 team in 2016, topped the table towards the end of last year (8) but eventual world champion Nico Rosberg wasn’t that far behind (6).”

Do you find that these penalty points greatly affect the outcome of the F1 standings?

“They have not yet had an effect on the Formula One standings because no one driver has collected enough points to warrant a one-race ban – but if a driver was banned for a Grand Prix then that could potentially affect their standings as well as the team standings.

“Romain Grosjean was the last driver to be handed a one-race ban for causing a massive pile-up at the 2012 Belgian Grand Prix (below). He’s still driving in F1 and has calmed down a bit now as a result of this penalty.”

1 Your selection
2 Start Playing
Register, deposit £10 or more and place a Sport bet (3+ selections) up to £20, each with odds of 1/2 (1.5) or greater.
3 Get your FreeBet
If it’s not a winning bet, you’ll get up to £20 back as a FreeBet. T&Cs apply
Bet now! Log in
X
Formula One cars and tyres
Formula One safety and flags
Author