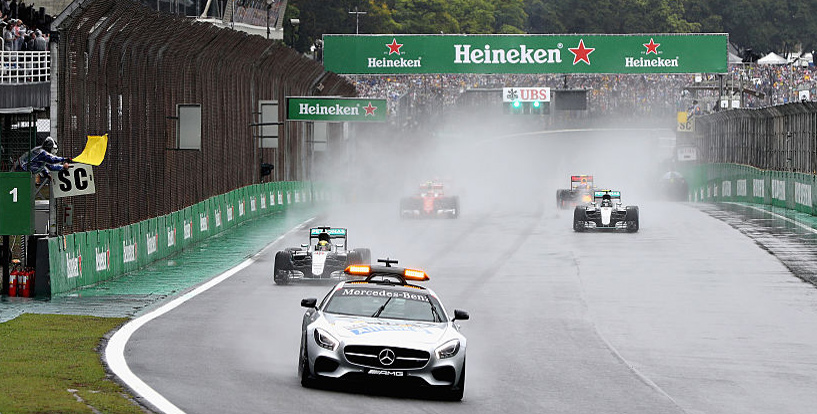 Sarah Holt is a freelance sports writer who specialises in Formula One. A former BBC journalist, she currently writes for a number of international news media, including CNN, Channel 4 and Live Wire Sport. Here, she talks about Formula One safety and explains the meaning of the 10 different flags that can be waved by the marshals.

Who drives the F1 safety car – is it an ex-pro?

“Yes, his name is Bernd Maylander. He used to drive in the German Touring Car Championship and raced Porsche sports cars too. He’s been doing the job since 2000. The safety car looks like it is driving really slowly compared to the F1 cars but Maylander is actually driving at 99% of his limit.”

Are there any unique F1 safety procedures that aren’t found in any other forms of racing?

“A Virtual Safety Car (VSC) was introduced in 2015, which is unique. The FIA wanted a new way to slow down cars after an accident or incident, so when the VSC is deployed a warning – the letters VSC – flashes up on the dashboard which warns the driver they have to slow down. VSCs are mainly used for incidents where double yellow flags are waved. The safety car is now mainly used for more serious incidents.”

Can you explain how the F1 flags work?

“Waving huge flags is a way of getting messages across to drivers who are whizzing past at high speeds. The flags are waved by marshals who stand along the side of the track but a virtual flag also pops up in the cockpit of the cars. There are 10 flags – the most well-known of which is probably the chequered flag that is waved to the winner at the end of the Grand Prix.

There’s been some discussion about the F1 blue flag in the past – do you feel that the blue flag is a necessity in modern-day racing?

“Yes – when there are cars of varying speeds on the track at the same time, we do need the blue flag – which warns lapped cars that a faster car is fast approaching. Let’s say you’re Lewis Hamilton fighting for the race win against Max Verstappen. You are leading the race but come up behind a slower car which is a lap behind – if blue flags aren’t waved to warn the slower car to get out the way, then Hamilton could be stuck behind the slower car until he safely pass. This could allow Verstappen to close the gap and potentially overtake him for the win.”

Can you tell us the meaning of all the different Formula One flag colours?

“Certainly, we’ll go through them one by one. The chequered flag is waved to signal the end of every session, but at the end of the Grand Prix it is waved to the winner first and then each car as it crosses the line. The yellow flag is used to warn about a potential danger ahead and advises drivers to slow down. Double yellow flags warn drivers to slow down and be prepared to stop. The green flag indicates the track is clear, while the red flag indicates to drivers that the session has been stopped, usually due to bad weather or a serious accident.

“The blue flag, as mentioned, warns lapped cars a faster car is approaching and that they need to let that driver pass. Yellow and red striped flags indicate a slippery track surface and a black flag with an orange circle and car number warns a particular driver that he has a mechanical problem and has to return to the pits. The half black, half white flag with a car number warns the driver of unsporting behavior. A black flag with a car number is the worst sign for a driver – it means they’ve been excluded from the race and have to return to the pits. Finally, the white flag warns the drivers that a slow moving vehicle is on track.”

1 Your selection
2 Start Playing
Register, deposit £10 or more and place a Sport bet (3+ selections) up to £20, each with odds of 1/2 (1.5) or greater.
3 Get your FreeBet
If it’s not a winning bet, you’ll get up to £20 back as a FreeBet. T&Cs apply
Bet now! Log in
X
Formula One points system
FA Cup final facts and figures: Arsenal vs Chelsea
Author 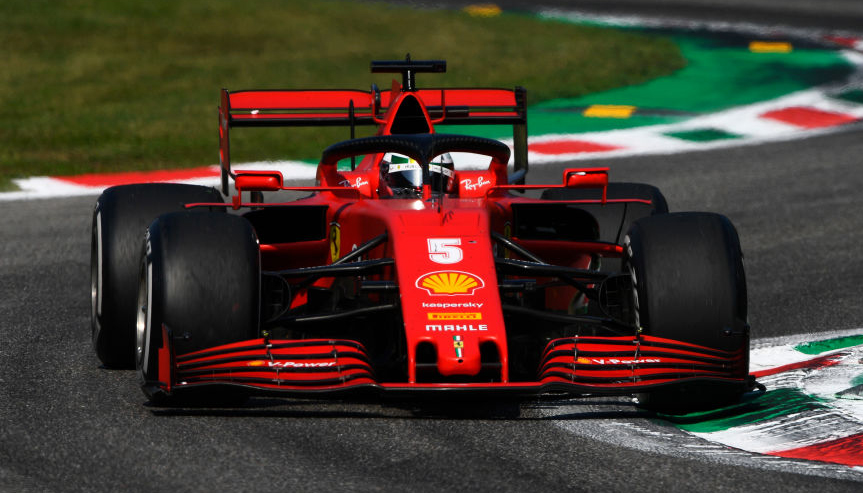