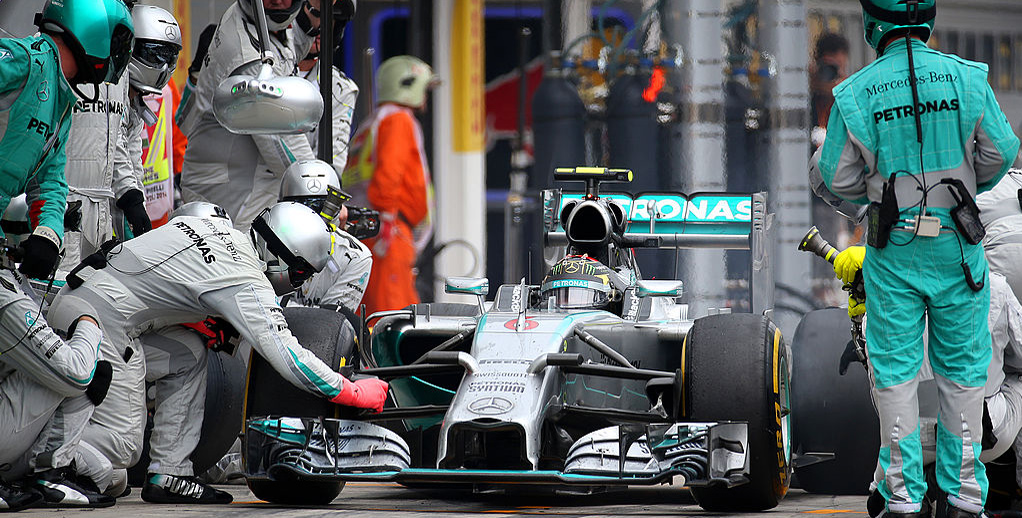 Sarah Holt is a freelance sports writer who specialises in Formula One. A former BBC journalist, she currently writes for a number of international news media, including CNN, Channel 4 and Live Wire Sport. Here, she updates us on the latest developments in Formula One cars and tyres.

How has the evolution of the Formula One racecar specs affected the sport?

“That’s a big question! Modern F1 cars are extremely complex machines. For example, you will hear engineers instructing drivers how to change the engine mode because the cars are so finely-tuned. It would be fair to say that the sport is certainly more technical than it used to be.

“The drivers have also spoken about not being able to push to their maximum in recent years because of the nature of the tyres, so perhaps you could argue that has also taken the sport a little out of the drivers’ hands too.

“There are also mixed views on the introduction of artificial overtaking aids like DRS (Drag Reduction System) and the MGU-K, which converts the kinetic energy generated by braking. This gives drivers access to an additional 160 brake horsepower, or approximately 33 seconds per lap.

“But advances in technology have also made the sport much safer. Fatalities were far from unusual in the sport’s early years but, apart from the tragic death of Jules Bianchi in 2015, serious accidents are much rarer. For instance, Fernando Alonso was able to walk away from a huge crash at the Australian Grand Prix in 2016.”

What are the current F1 car engine specifications and how do they differ from previous F1 car specs?

“Today, the cars are powered by 1.6 litre V6 turbo engines, which were introduced in 2014. Integral to the car’s power unit is the Energy Recovery System (ERS), which converts heat energy from the exhaust and brakes into more power. The last generation of engines – from 2006 to 2013 – were 2.4 litre V8 engines and also used ERS from 2009 on.

“In F1’s early years, teams could choose between a 1.5 litre super-charged engine or a huge 4.5-litre normally-aspirated engine.”

How has the development of the steering wheel design specifications enhanced the sport over the years?

“Gone are the days of the wooden steering wheel and leather gloves used in the 1950s! It’s more like using a video game controller than driving a car.

“There are so many buttons and paddles on an F1 car that control gears, engine modes, brake bias and fuel mix. There’s also a radio button so the drivers can communicate with the team and a drinks button that delivers refreshment through a tube in the driver’s helmet. It means that the drivers have to be super-skilled at controlling these buttons at very high speeds.

“The steering wheels have evolved with the increased complexities of the cars. It’s not necessarily about enhancing the sport, but the DRS button – which is the push-to-pass button – is also on the steering wheel and some might say that has enhanced the sport.”

What different F1 tyre types are used in the sport?

“There are racing tyres for dry conditions – known as slicks – which come in five different compounds from ultra-soft to hard. Then there are two different tyres for wet conditions, the intermediates and the full wets for when it’s really tipping down. So, all together there are seven different tyres choices.”

Will we ever see a variety of F1 tyre colours, or will tyre manufacturers forever leave them black?

“The round black things in the corner – as they are often called – will probably always stick to their traditional colours, but we do see a variety of tyre colours every GP weekend because the different compounds are colour-coded. You have purple ultra-soft tyres, red super soft tyres, yellow soft tyres, white medium tyres, orange hard tyres, green intermediate tyres and blue wet tyres. You can see stripes of these colours around the sidewall of the tyre.”

Are there any specific F1 tyre rules that those new to the sport wouldn’t know about?

“Yes. Tyre supplier Pirelli brings three compounds to each race. For the first race in Australia those nominations are soft, supersoft and ultrasoft. The teams are free to choose 10 sets of tyres, but under the rules they must also use two mandatory sets during the race – and for Australia those are the soft and supersoft tyres.

“Deciding when to use which tyres is all part of the strategy over a race weekend, which makes F1 so exciting – and which is why teams need genius strategists to make sure they get it right. The slightest miscalculation on tyre usage can cost them dearly.”

Can you give us a breakdown on what makes the best F1 racing tyres?

“Well, that is actually quite a conundrum in F1. One of the challenges is that the drivers have felt in recent seasons that they can’t push to their limits – go hell for leather – because they have to look after the tyres during the race. That goes against the grain of what makes them racers. The racers would probably prefer more durable tyres, so Pirelli has now been asked to deliver more raceable tyres in 2017.

“We won’t really know until the first few races of the season if they’ve achieved that, but we do know that the tyres will be 25% wider than the 2016 tyres – which everyone is excited about because it will increase grip and that should make the cars go faster. In the end, though, it’s just a case of ‘wait and see’ on the overall performance.

“Pirelli says lap times on the new tyres, with the new car aerodynamics, could be as much as three seconds lower than 2016, which would be amazing to see.”

1 Your selection
2 Start Playing
Register, deposit £10 or more and place a Sport bet (3+ selections) up to £20, each with odds of 1/2 (1.5) or greater.
3 Get your FreeBet
If it’s not a winning bet, you’ll get up to £20 back as a FreeBet. T&Cs apply
Bet now! Log in
X
Basic Formula One rules and frequently asked questions
Formula One points system
Author