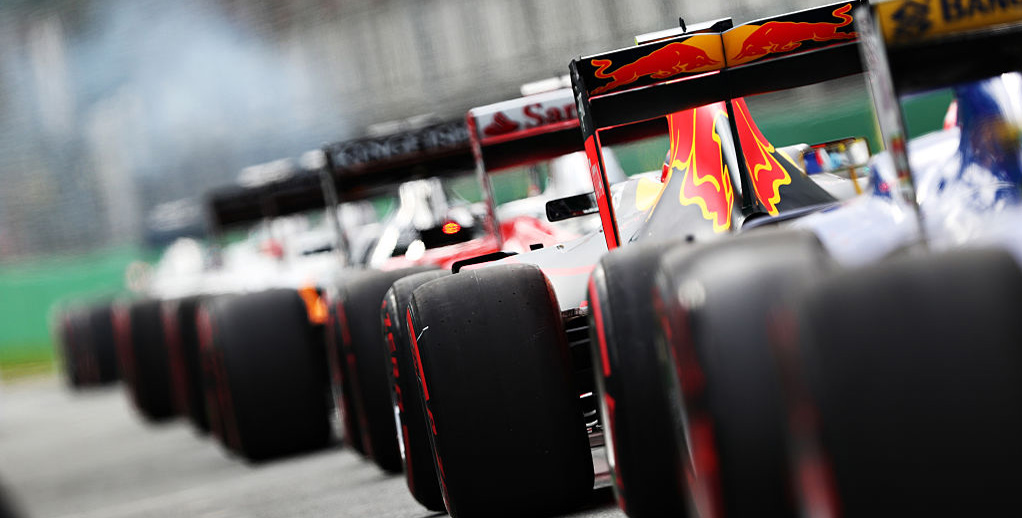 In Formula One racing, every season brings new rules and regulations. To give our readers a comprehensive overview of the latest F1 rules, we have interviewed an expert in the field. Sarah Holt is a freelance sports writer who specialises in Formula One. A former BBC journalist, she currently writes for a number of international news media, including CNN, Channel 4 and Live Wire Sport.

Do you want to know more about Formula One racing? Have a look at our pages about:

What is Formula One?

“Formula One is the top tier of global motor sport. Teams and drivers travel around the world racing against each other in Grand Prixs – which literally means ‘big prizes’ – with the aim of collecting points in the Team and Driver Championships. The sport is sanctioned by motorsport’s governing body, Federation International de L’Automobile (FIA). The F1 Drivers’ Trophy is still the most coveted prize in motorsport.”

What engines are in Formula One cars?

“The cars are powered by 1.6 litre V6 hybrid turbo engines.”

What is pole position in F1?

“It’s the number one spot on the starting grid for the race. The driver who sets the fastest time in qualifying on Saturday has won the right to start the race in pole position.”

What fuel do F1 cars use?

“F1 cars use pretty much the same petrol we use in road cars – it’s about 99% the same. Not all teams use the same fuel though as they each have commercial deals with various suppliers, e.g. Ferrari and Shell, Mercedes and Petronas, Red Bull and Total.”

How much does an F1 car cost?

“Several millions of euros. The engine and all of its related components are the most expensive parts of an F1 car – there’s talk of capping it at €12 million per team. If you add on paying a star driver like Lewis Hamilton, Sebastian Vettel or Fernando Alonso, it’s a very expensive business. A season in F1 is estimated to cost a team at least €41 million – and that’s just for the smallest teams.”

How many races in a season are there in F1?

How does F1 work?

“Teams are officially entered in the F1 Championship. They are allowed to race two cars and sign up two drivers, along with a reserve driver for the season. There are 10 teams and 20 drivers confirmed for the 2017 season. The teams and drivers travel around the world to race in 20 Grand Prixs on the F1 calendar.

“The starting position for the race is decided in a qualifying session on Saturday. The races commence on Sunday and points are handed out for the top-10 finishers on Sunday. The points are totted up in the Driver and Construction World Championships, with the driver and team with the most points at the end of the season being crowned champions.”

How much do F1 cars weigh?

“The total weight of the cars and drivers and fuel is taken into account in F1. The rule changes for 2017 have increased the minimum weight to 722 kg – which is an increase of 20kg.”

When does the new F1 season start?

“The season begins with the Australian Grand Prix on March 26.”

When did F1 stop refuelling?

Who created Formula One?

“The Formula One World Championship began in 1950 – the first race was held at Silverstone in Great Britain and the seven-race series was devised by the FIA. Grand Prix racing originated in Europe, with the term Grand Prix coming into regular usage in the early 1900s.”

Who is the best Formula One driver ever?

“That’s a very subjective question. Michael Schumacher has won the most F1 driver titles – seven – while Juan Manuel Fangio, who won five titles and dominated the sport in the 1950s, is also ranked as one of the greatest drivers of all time. Then there’s Ayrton Senna and Alain Prost to throw in to the mix. Prost told me last year that it’s absolutely impossible to judge drivers from different eras so perhaps we can only say who is the best of their generation.”

Formula One has recently undergone some rule changes – can you tell us more about that?

“It’s the first time since 2014 that the sport has had a major technical rule change. In 2014, it was all about the new hybrid turbo engines – a formula that Mercedes got absolutely right, as is evidenced by their three back-to-back Championship titles. In 2017, the focus shifts to aerodynamics and tyres.

“We’ll see changes to how the bodywork of the cars looks and the tyres will be noticeably fatter too. The idea is to increase down force through bodywork design, and grip through these bulkier tyres. This should ultimately make the cars go even faster, which is exciting to see.”

Can you summarise the FIA F1 rules, and let us know how this affects the sport?

“There are almost 100 pages of technical regulations, which I couldn’t possibly go through. The reason for this enormous amount of rules is because the FIA wants absolute clarity and no loopholes for the various teams to exploit to their advantage. The technical rules are meticulously set out to the millimetre, so you can imagine it being like having a piece of paper with a box drawn on it and inside that box, the designers create their racing cars.

“The main points to note from the FIA rule changes are that the overall width of the car will increase by 200mm. The front wing widens by 150mm and the rear wing is lowered by 150mm. The tyres, as mentioned, will be around 25% wider, with rear width increasing to 405mm and front width to 305mm.

“That said, there are no major changes to the sporting regulations for 2017.”

Should fans worry about the new F1 regulations changing the sport for the worst?

“No, I don’t think so because the very essence of Formula One is evolution – it’s the organisation’s raison d’être in many ways. In that respect, it’s only natural that the sport keeps moving forward, just as road car technology has also evolved over the past 60 years. The cars should go faster than ever before in 2017, because of the increased down force and grip, so that should be really exciting. There are concerns that the new rules changes could make overtaking even harder, and that is unlikely to be popular with the fans, so that’s one to potentially watch out for during the season.”

This can be a particularly complex sport to outsiders – could you explain the F1 technical regulations?

“Again, it would be difficult to run through them all. These rules are easily accessible on the FIA’s website, so if you want to kill some time, you could read them there.”

Formula One is among the most popular sports at bwin and fans can choose from a number of betting options, both on the Championship and the individual Grand Prix races. To name a few:

* Bet on the qualifying rounds

Just like Formula 1 and any other sport, betting has its rules, designed for maximum playing pleasure and fair play. Here you can see how we make betting on sports fun, fair and easy for everyone.

1 Your selection
2 Start Playing
Register, deposit £10 or more and place a Sport bet (3+ selections) up to £20, each with odds of 1/2 (1.5) or greater.
3 Get your FreeBet
If it’s not a winning bet, you’ll get up to £20 back as a FreeBet. T&Cs apply
Bet now! Log in
X
Kell Brook vs Errol Spence predictions: Truth to claim title
Formula One cars and tyres
Author