Philadelphia will look to start another winning streak when they host Montreal on Saturday.

The Eastern Conference leaders won five matches in a row before a defeat in Toronto last time out.

The Impact may be in form but the Union can return to winning ways and a home victory at 1.62 is our opening Philadelphia vs Montreal prediction.

The Union sit two points clear at the top of the table despite their first defeat of the season in Canada.

Julian Carranza put them ahead in the 34th minute, but Toronto responded and goals from Jesus Jimenez and Alex Pozuelo secured a 2-1 triumph.

Philadelphia started their winning run with a 2-1 victory in Montreal in their second game of the campaign and are unbeaten in their last five meetings with the Impact.

They also return to Subaru Park knowing they have a strong record there this season.

Jim Curtin’s outfit have followed a draw with Minnesota with victories over San Jose, Charlotte and Columbus Crew, all with clean sheets.

The Impact are free-scoring though, netting at least two in their last four outings, so over 3.5 goals is Philadelphia vs Montreal odds.

The defeat to the Union was one of three to start the season for Montreal.

But they have impressed since in drawing at Atlanta, beating Cincinnati, New York Red Bulls and Vancouver to move to sixth in the table.

Goals from Djordje Mihailovic and Romell Quioto secured the win over the Whitecaps last time out.

Boss Wilfried Nancy told the club’s official website: “We started the two halves well today and scored two good goals. But I don’t like when we force things.

“The players have improved and will continue to do so because I am going to help them read the game a little better.

“We lacked control of the game at times but this is a learning experience. It is the only way to get better.”

A home win with both teams to score at 3.30 completes our Philadelphia vs Montreal betting tips. 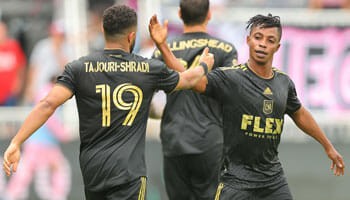