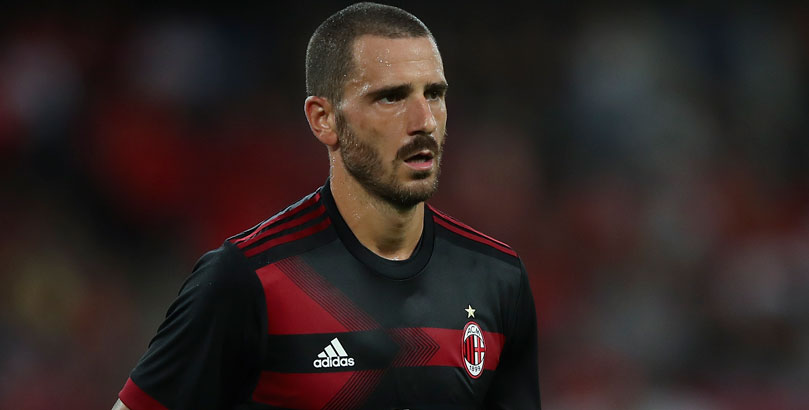 After making Leonardo Bonucci, Lucas Biglia and Hakan Calhanoglu part of their sensational summer revolution at San Siro, AC Milan can be backed at a tempting 6/1 to dethrone Juventus as Serie A champions this season, writes James Cann.

The Rossoneri last won the Scudetto in 2011 and have since faded, with Juve taking complete control of the Italian top flight and winning it six years on the spin.

Milan are now under Chinese ownership and have spent heavily, though, even capturing Juve stalwart Bonucci in one of the shock moves of the transfer window.

Looking at the Serie A 2017/18 title odds, we are falling for the hype and jumping on the Milan bandwagon.

In Turin, the concern is that all good things must come to an end and Massimiliano Allegri’s defeated Champions League finalists might finally cede the crown, having as yet failed to properly strengthen their squad in the transfer market.

The Bianconeri will still attract support at 31/50, though, so 5/2 for Milan to fare best in the market without Juventus is worth a saver.

Perennial hopefuls Napoli are priced at an intriguing 5/1 for the title in highly-regarded boss Maurizio Sarri’s third full campaign at the San Paolo and are Evens without Juve.

Roma bade farewell to the evergreen Francesco Totti in May and there has also been a change in management at the Stadio Olimpico, with former Sassuolo coach Eusebio Di Francesco succeeding Luciano Spalletti.

The sale of Egyptian flyer Mohamed Salah will further weaken the capital club’s bid for glory but in Edin Dzeko they boast the league’s top scorer in 2016/17 and can be backed at 8/1 for a first title since 2001.

Former Manchester City striker Dzeko upset the odds to pip Juve’s €90million striker Gonzalo Higuain to the Capocannoniere award last term, but this time around the Argentinian is favourite to score the most goals at 5/2.

Crotone to come a cropper this time

With Milan on the rise, there is unlikely to be much room for their city rivals Inter to make a determined assault on the top three and the Nerazzurri are at 10/1 for the title, with Lazio then well adrift at 80/1.

Fiorentina are not fancied for the Scudetto but at 8/1 for grabbing a Champions League place they could serve punters well.

The cash picked up from offloading Federico Bernardeschi to Juve and Matias Vecino to Inter has been used to strengthen a number of areas and there is a solid look to this squad.

Over-achievers Atalanta are likely to be distracted by their first Europa League campaign and at 20/1 should not expect a top-four finish to come easily.

Only one of the promoted clubs, Hellas Verona, is odds against to go straight back down at 8/5 and life will be tough for their fellow Serie B graduates Benevento and SPAL, who are at 9/20 and 3/5 to suffer the drop.

Three months ago, minnows Crotone beat Lazio to avoid relegation on the last day but we fancy them to struggle this time and are taking Evens they fall into the bottom three.