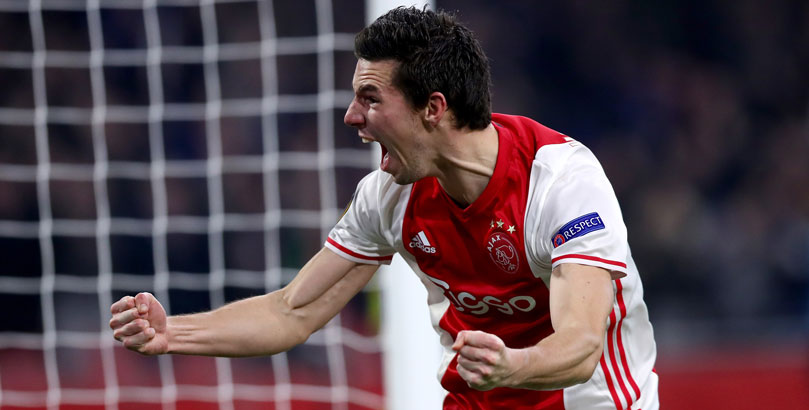 Ajax have produced a strong finish to challenge Feyenoord for the Dutch Eredivisie title but now have to win at third-placed PSV to keep the pressure on.

A 15-match unbeaten run in this competition has included 12 wins for the Amsterdam outfit but PSV’s only loss in 25 league games came when visiting the table toppers.

With the Europa League an added distraction for the visitors, we favour a home victory at 23/20 in our PSV Eindhoven vs Ajax betting tips.

PSV’s hopes of securing a hat-trick of Eredivisie titles were hanging by a thread ever since a late own goal saw them lose 2-1 at Feyenoord towards the end of February and two recent draws at FC Twente and Den Haag have effectively sealed their fate.

However, at home they have been in impressive form, claiming nine straight league victories here and keeping six clean sheets in the process following a 5-0 thrashing of Willem II a fortnight ago.

Just eight goals have been conceded in 15 Eredivisie games at Philips Stadion and the lack of midweek action only adds to their appeal on this occasion.

PSV could try to exploit their fresher legs by setting a fast pace from the outset, so we like 5/2 for the home team to be leading at half-time and full-time.

The future looks bright again for Ajax judged on the way this exciting, young side has been banging in the goals over the last couple of months, with 10 scored in back-to-back Eredivisie defeats of Nijmegen and Heerenveen.

Taking in Thursday’s daunting trip to Germany to face Schalke in the Europa League complicates the issue here, however, and we’re not sure they have the strength in depth to cope.

Ajax’s domestic results have previously suffered immediately after playing in that competition, with nine of the last 11 points they have dropped coming on the back of European action.