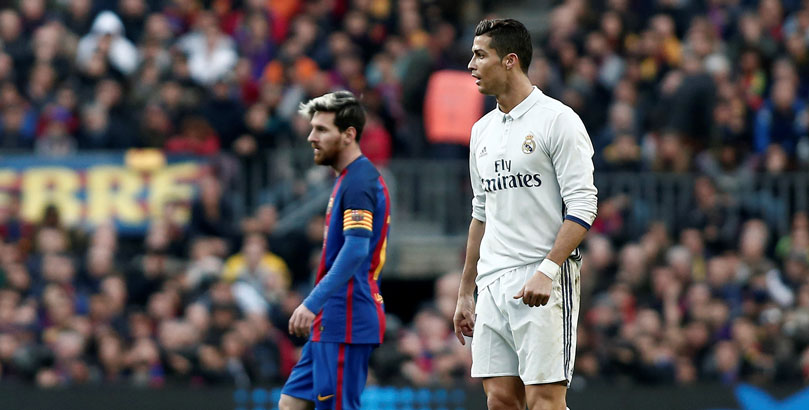 Last week’s European football accumulator tips all came in for a pay-out of just over 6/1 and we’ve got another five top selections to bash the bookies with this Sunday which will hopefully give us a near-25/1 windfall.

Don’t forget that any bets of £5 or more on trebles and upwards with odds of at least 4/1 count towards Bwin’s great Acca Madness promotion, with hospitality tickets for Arsenal vs Manchester United, a state of the art tablet, a games console, a month’s worth of Free Bets and other prizes up for grabs!

Also, don’t fret if one of the legs lets you down because our five-team acca insurance ensures we refund minimum £5 stakes as a Free Bet up to £25 when a five-fold is placed on the same day and a single selection goes astray.

Real will be going all out to close in on a first LaLiga title triumph since 2012 by beating their arch-rivals and look in much the better shape after getting past Bayern Munich in the Champions League. Barca bowed out after failing to score in both legs against Juventus, with Lionel Messi out of sorts in front of goal, and they have been vulnerable in big road games all season.

Napoli are finishing the season strongly, picking up 16 points out of the last 18 after back-to-back 3-0 defeats of Lazio and Udinese. The only draw in those six Serie A fixtures came in a 1-1 stalemate with Juventus. Sassuolo battled back from behind to beat Sampdoria 2-1 last week but had previously suffered five straight defeats on home turf.

Monaco are still chasing a Champions League, Ligue 1 and French Cup treble following Wednesday’s 3-1 defeat of Borussia Dortmund but the big games are now coming thick and fast, with PSG next up in the domestic knockout competition on Wednesday. Their recent league wins have been less than impressive and Lyon have a good record in this fixture; winning 6-1 at home last term and 3-1 away in December.

Leverkusen are coming off a couple of brave displays against the Bundesliga’s top two, only losing out to a 90th-minute sickener at Leipzig and then holding Bayern Munich to a goalless draw. Freiburg’s recent form has been patchy, with narrow wins over Wolfsburg and Mainz coming in between a 5-2 home thrashing by Werder Bremen and a 4-0 hammering at Leipzig, and they look worth taking on.

Feyenoord have won their last three Eredivisie encounters with Vitesse, including a 2-0 away win last season and a 3-1 home success in December. With the title within their grasp, the visitors will pull out all the stops to extend that sequence. Vitesse are having a solid campaign but did have their limitations exposed when losing to Ajax and PSV at this venue.

Identifying Wladimir Klitschko’s flaws: six for Anthony Joshua to exploit
Juventus vs Monaco: Old Lady to have too much nous again
Author