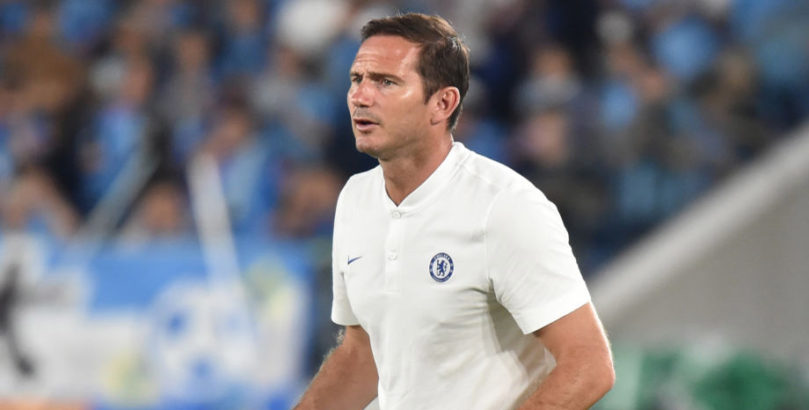 With Liverpool having sent out unfamiliar line-ups in the FA Cup so far, Chelsea look a percentage pick for Tuesday night’s fifth-round tie at Stamford Bridge.

Frank Lampard has pledged to play a strong team, with the Blues desperate to inject momentum back into their campaign, and they are well-equipped to progress.

We’re very much on the side of a home win at 23/20 for our initial Chelsea vs Liverpool prediction.

Chelsea do have a mounting injury list to contend with, as Ruben Loftus-Cheek, Tammy Abraham, Callum Hudson-Odoi, N’Golo Kante and Christian Pulisic all seem set to miss out here.

However, Lampard has insisted he will resist any temptation to prioritise the Premier League and the fight for Champions League qualification ahead of this clash.

“Cement and go for victory,” said the Blues boss, when asked about his approach. “It is Liverpool, our fans are coming in the FA Cup to try to overturn the best team in the land.

“It doesn’t mean I might not change a couple of people. There might be something for freshness of legs or a couple of different options.

“But I won’t pick a team to casually give minutes…I’ll treat it like I would any Premier League game.”

The Blues have so far beaten Nottingham Forest 2-0 at this venue in round three, before edging out Hull 2-1 on the road.

Michy Batshuayi scored early on at KCOM Stadium and 7/2 for him to break the deadlock here catches the eye from the Chelsea vs Liverpool odds.

The Belgium striker has an impressive record in domestic cup matches, scoring 14 goals in 20 ties for Chelsea and one in two outings for Crystal Palace.

The Reds talked openly of being keen to bounce back quickly from Saturday’s surprise 3-0 Premier League loss at Watford.

Klopp said that result may act as a wake-up call, stating: “It can be a benefit to help us get to the end of the season.

“The last couple of games hadn’t been the best performances but we won. This one, it didn’t happen.

“This one was like someone hit us in our faces – and we deserved it.”

Klopp would only confirm that Joe Gomez and James Milner are fit to return to action, while Jordan Henderson and Xherdan Shaqiri are still sidelined.

However, with the Reds needing to overturn a 1-0 first-leg loss to Atletico Madrid in the Champions League next Tuesday, we believe the German will again shuffle his pack here.

A much-changed line-up managed to shade Everton 1-0 at Anfield in the third round, but only after surviving several early scares that day.

The Reds then needed a replay to get past League One Shrewsbury, drawing 2-2 away before needing an own goal to get the job done on Merseyside.

Any Klopp team will be well drilled, but let’s finish off our Chelsea vs Liverpool betting tips by taking 33/4 for a 2-1 home victory.

Portsmouth vs Arsenal: Gunners should now be up for FA Cup
Tottenham vs Norwich: Spurs to take step closer to Wembley
Author