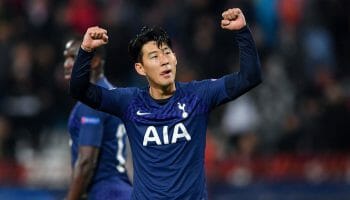 Bournemouth are running out of time and are under pressure to claim an unexpected victory as they host European hopefuls Tottenham.

The Cherries have just five games left to climb out of the relegation zone and urgently need to end a run of five straight defeats.

An open game could be on the cards and four of their last five home matches have had goals at both ends so both teams to score at 3/4 is our opening Bournemouth vs Tottenham prediction.

Saturday’s 5-2 defeat at rejuvenated Manchester United was the latest loss and Bournemouth will surely need to get something from back-to-back home games against Tottenham and Leicester.

Junior Stanislas, who opened the scoring at Old Trafford, said: “Games are running out. If we’re going to stay in the division, we’re going to have to start picking up points.

“We’ve got a big one against Spurs on Thursday. We’re at home as well, so we have to turn up there.

“We’ll have no excuses. We can’t keep talking – it’s time for action. We need to try and start putting some points on the board.”

Spurs look stronger in all departments, though, and an away win plus over 2.5 total goals appeals at Bournemouth vs Tottenham odds.

Tottenham’s 1-0 win at Everton on Monday night lifted them up to eighth ahead of the midweek round of fixtures but they have a lot of catching up to do if they are to squeeze into the Champions League places.

Even Europa League qualification is far from certain so Spurs will be desperate to make it three wins out of four ahead of Sunday’s crucial north London derby.

Their games against the Premier League strugglers have been eventful this season, with all five matches against the current bottom three producing at least three goals.

They enjoyed a 3-2 win in the reverse fixture in November while it was the same scoreline on their trips to West Ham and Aston Villa.

With both teams badly in need of a win, another 3-2 win for the visitors at 19/1 looks worth a small play as the last of our Bournemouth vs Tottenham betting tips.