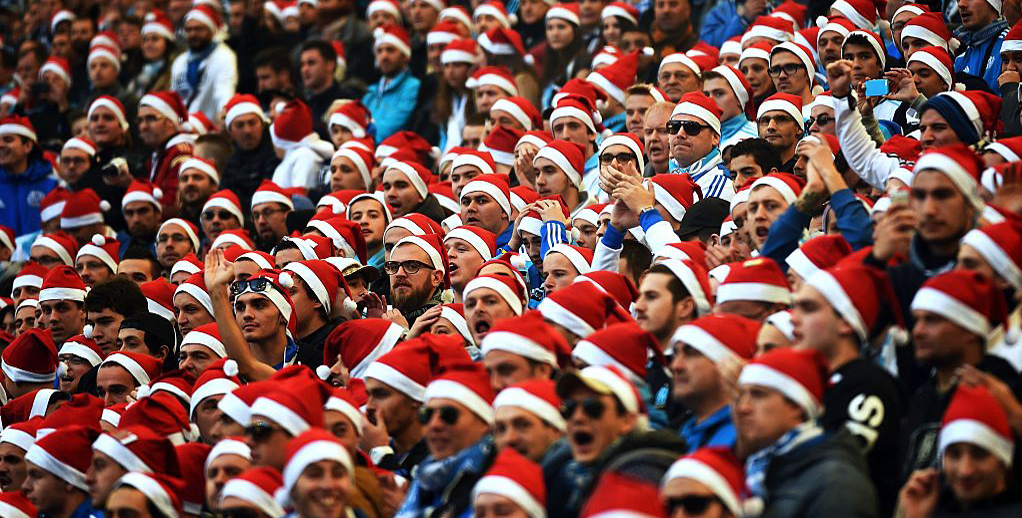 It’s the festive season so we have taken a look at who in the Premier League is renowned for their generosity during December and who has a habit of ruining their opponents’ holidays.

The graphic below breaks down the best and worst-performing clubs, managers and players – both over the whole month and on Boxing Day in particular:

Jose Mourinho may be going through a bit of a rough patch at Manchester United, but do not underestimate his ability to add Christmas to the list of things he can be accused of ruining. He has the highest win rate of any current Premier League manager in the month of December: triumphing in 69.4% (25 out of 36) of the matches he has overseen, which is far higher than second-placed Arsene Wenger’s 57.5%. With his current employer being December’s most successful club – winning 63.8% of their festive fixtures – they make a formidable combination that end many an opponent’s year on a sour note.

Both manager and club are also the best Boxing Day performers: United have only failed to win four of their 22 engagements on the 26th of December while Mourinho has won four of his five matches on this date, drawing the other. With former United manager David Moyes bringing his struggling Sunderland side to Old Trafford on Boxing Day this year, that unbeaten record is likely to be extended.

Tony Pulis is already obliged to get Crystal Palace an expensive present this year after his recent court case and his generosity may extend further. No current manager has a worse win rate in December than his 29.3% and only Hull (14.8%) have fared more poorly than West Brom in Premier League history.

These aren’t records that are likely to improve with Chelsea, Manchester United and Arsenal to play this month – their miserable record of just one victory in 10 Boxing Day attempts will surely be extended when they visit the Emirates this time around.

Leicester’s title defence hasn’t exactly gotten off to a great start, and if history repeats itself then their misery could extend into 2017. The Foxes are the third worst performers in December with a 23.2% win rate, although Claudio Ranieri could yet work another miracle as the Premier League’s third best-performing boss in December, having won 48.4% of his games in charge.

Having Riyad Mahrez in their ranks will also be of comfort to the Foxes, with the reigning PFA Player of the Year having the best December strike rate of any current first-team regular apart from Tottenham’s Harry Kane, with seven goals in 12 appearances. Both Ranieri and Mahrez need to transmit some of their festive cheer to Jamie Vardy though: only Enner Valencia and Shane Long have worse end-of-year goalscoring records than the out-of-form England striker.

Tuesday treble: Williams can break down Walden
Saturday: Both Teams To Score
Author