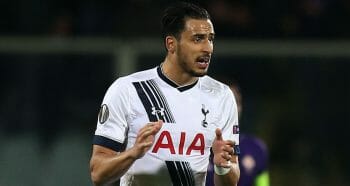 Despite briefly threatening to claim the title in 2015/16, Tottenham are only fifth favourites at 15/2 in the Premier League winner betting market for 2016/17.

They clearly have a few issues to address, including juggling domestic progress with their overdue Champions League return and the danger of burnout which appeared to be a factor in their dismal close to the recently concluded campaign, but news.bwin are at hand to help.

That’s right, Spurs star in the first edition of our new series identifying a player worth purchasing, one who should be sold and one deserving of another season for each summer transfer window protagonist:

Harry Kane has started every single Premier League match since establishing himself as a first-team regular in November 2014. Such resilience is admirable, but perhaps not sustainable, and it leaves Tottenham with no concept of how to cope if their homegrown hero ever does succumb to injury.

It is therefore unsurprising that Spurs find themselves linked with plenty of strikers, though one name which hasn’t really surfaced is that of Paco, despite him scoring 13 goals and assisting six more in 25 La Liga starts for underperforming Valencia in 2015/16.

Unlike most of the Lilywhites’ youthful attacking targets who have delivered with one club in one country, the 22-year-old has proven himself at international level, top scoring for Spain in Euro 2016 qualifying with five strikes in 442 minutes of action.

The lack of invitation to the tournament itself – which Spain are 11/2 to win without him – was rather cruel, not that Daniel Levy should be too sympathetic as it takes him off other sides’ radars and ensures that his price tag won’t suddenly soar.

Kane may be entrenched as Tottenham’s first-choice forward, yet NJie’s inability to command a single Premier League start when fit remains an indictment of the former Lyon front man.

Though he missed a significant chunk of 2015/16 through injury, at no point when available did he convince Mauricio Pochettino that it might be worth pairing him with the number ten, or that he was capable of covering to allow the England international a day off.

It wasn’t just on the training ground that the 22-year-old seemingly failed to impress his coach, who rarely resists an invitation to give youth a chance, as despite making it onto the pitch on 14 occasions across all competitions, he didn’t notch once.

Yes, he hasn’t received many opportunities, yet his inability to take those that did arise is a cause for concern. It might be wiser for Spurs to sell now while he is young and still well regarded in France, than after another year or two of little game-time and net-rippling hurts his market valuation even further.

Chadli is perceived to be expendable having started a mere two of Tottenham’s final 29 Premier League fixtures in 2015/16 as they shook off a slow start to fleetingly frighten Leicester, a reduction in influence which caused 9/1 Euro 2016 fifth favourites Belgium to opt not to call on him.

However, even if the winger no longer warrants a place in the north Londoners’ strongest XI, his goal-getting record makes him a useful option to introduce from the bench or promote in an injury crisis. He netted 13 times in 2014/15 and still fired seven in his limited role last term.