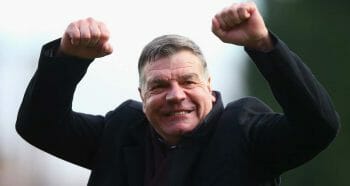 Sam Allardyce is set for his first full season in the Sunderland dugout and fans of the north east club should be feeling optimistic after the 61-year-old was able to keep them in the Premier League.

There are obvious problems to address in the squad, otherwise they wouldn’t have found themselves in relegation trouble in the first place and this will need to be dealt with if they are to deny those backing them to go down at 333/100.

Therefore, Allardyce could do with organising and overhaul of his playing staff and here is where we think would be a good place to start:

This was made even harder for the 33-year-old when the club’s top assist provider Adam Johnson was sacked in February. No-one else in the team matched Johnson’s five assists, with Yann M’Vila coming closest on four.

No one else in the team matched Johnson’s five assists, with Yann M’Vila coming closest on four.

Therefore, bringing in someone who can provide more for Defoe is a must for Allardyce in order to aid the forward in troubling defences.

Gudmundsson was joint-top of the Championship assist charts in 2015/16, setting up 11 strikes for Charlton Athletic during a difficult campaign that saw the Londoners relegated.

He is currently at Euro 2016 with Iceland and it is unlikely that he will want to ply his trade in League One next season.

As mentioned earlier, very few attacking players at the Stadium of Light contributed significantly other than Defoe.

Borini managed five goals and two assists, mainly playing on the wing to accommodate the Englishman through the middle.

His inability to consistently provide opportunities suggest that role is not natural for him and he should be moved on in order to free up space for a new signing.

The Dutch winger didn’t have the best first season at Sunderland, but the Mackems should keep faith in him.

He only started 14 Premier League matches, but showed flashes of technique by finding the net three times and contributing the same number of assists.

The former Dynamo Kyiv man already has 30 Netherlands caps to his name, banging in eight strikes, and is clearly highly regarded in his homeland.