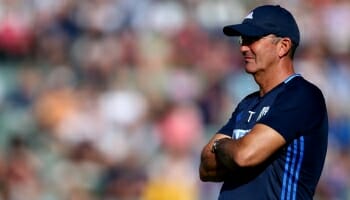 West Brom will travel to Middlesbrough in good spirits after establishing themselves in the top half of the Premier League table by winning three of their last four fixtures in this competition.

Middlesbrough have work to do after slipping down to just two places above the relegation zone but did at least scramble through to the fifth round of the FA Cup over the weekend.

Trueform tips: West Brom have achieved a higher rating than Middlesbrough in four of their last five league games, so Albion look a fair bet as slight underdogs at the Riverside.

Middlesbrough only managed a 69th-minute Stewart Downing strike against League Two Accrington on Saturday but Aitor Karanka was pleased with his side’s performance and is hoping the result will help to lift spirits on Teesside.

“I think we were good,” said the manager. “It’s difficult sometimes to play these kind of games, because everybody thinks it’s going to be an easy game. You can look at the scores in the other games and a lot of good teams have lost, teams in the Premier League and at the top of the Championship. We created a lot of chances we didn’t score, but the most important thing was to win the game.”

However, a different kind of pressure will be back on Boro here and, after picking up just two points in five league games and losing badly to West Ham at this venue 10 days ago, in-form visitors West Brom look better value at 39/20 to prevail.

West Brom have been saving their best efforts for when facing lower-ranked teams over the past few months, winning seven and drawing one of the last eight matches they have played against sides below them in the table.

That record is trademark Tony Pulis stuff and he declared after defeating Sunderland recently: “We’re really pleased at the moment but we need to make sure we keep our feet on the ground and keep working as hard.”

Pulis will view this as another winnable tie and we like 13/2 for the Baggies to win and both teams to score, as has been the case in five of those recent victories, while a correct score of 2-1 at 21/2 also catches the eye, as they obliged in that fashion at Leicester and Southampton.