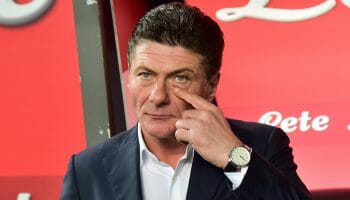 Millwall and Watford are both former FA Cup finalists, the Lions losing to Manchester United in 2004 and the Hornets going down to Everton 20 years earlier, and they will be dreaming of a return to Wembley when meeting in this season’s fourth round.

Millwall have since slipped down to League One, but they have already claimed one Premier League scalp in this competition when hammering Bournemouth 3-0 at The Den three weeks ago.

Millwall will be disappointed with ninth spot in their division at this stage but have recently boosted their hopes of pushing for a place in the play-offs with a six-match unbeaten run at that level.

The Lions’ defeat of Bournemouth in the last round was another example of their solid form and also gave them a fourth straight home victory, with manager Neil Harris insisting that result was no fluke, stating: “We defended really well as a team and at the right times we were clinical – 3-0 doesn’t flatter us. We could’ve scored more.”

Harris insisted he would happily have swapped that win for three league points, but it’s clear his players are well and truly up for the cup and 19/10 they upset Watford is worth taking, with the Hornets sure to be more focused on next week’s top-flight fixtures against Arsenal and Burnley.

Watford haven’t claimed a Premier League win since December 10, picking up only three points from seven matches since then to fall down to just four points above the relegation zone.

Last weekend’s 2-2 draw at Bournemouth suggested they can turn things around again, especially with strikers Mauro Zarate and M’Baye Niang being brought in from Fiorentina and AC Milan this week, but a run of five straight defeats on the road before that does highlight how Walter Mazzarri’s side lacks a bit of steel when the going gets tough.

Watford’s fragile defence will be tested by Millwall’s direct play and in-form home strikers Lee Gregory and Steve Morison are both fancied at 2/1 to score at any time in this tie, having netted 11 and 13 goals respectively this season.