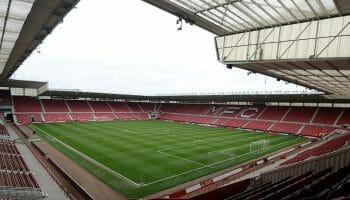 Everton are one of the hottest teams in the Premier League after six wins and two draws in their last eight top-flight fixtures and next up for the Toffees is a trip to goal-shy Middlesbrough.

The hosts have gone seven matches without a victory in this competition, scoring just three times in the process, so the pressure will be on Aitor Karanka’s side.

Trueform tips: Middlesbrough have been pretty consistent of late, with only a home loss to West Ham prompting a major dip in their ratings, but Everton have hit heights the Teessiders cannot reach, making the Toffees hard to resist.

Middlesbrough had less than 35 per cent of the possession at Tottenham last weekend but only succumbed to a Harry Kane penalty, so it is easy to understand why Karanka gave his players credit for another gutsy display.

Having secured draws with Leicester, Watford and West Brom since the turn of the year, there is no questioning the spirit in the Boro dressing room, with the manager commenting: “The attitude and commitment the players put on the pitch every single day is amazing.”

However, Middlesbrough are starting to look more than a touch limited going forward and they may find Everton just too strong in this match-up, with Evens for the visitors to prevail rated a fair price in our book.

Everton turned on the style when beating Bournemouth 6-3 at Goodison Park last weekend, with Ronald Koeman describing Romelu Lukaku as “world class” after the Belgium striker bagged four goals in that game and moved ahead in the Premier League Golden Boot race with 16.

New recruit Morgan Schneiderlin has talked about catching the likes of Liverpool and Manchester United and the Toffees will be keen to capitalise on a good run of fixtures before they play that pair at the start of April, with home games against Sunderland, West Brom and Hull on the horizon.

Everton may need to work harder to break down a well-drilled Boro outfit, but we’re going with 27/10 they prevail by a one-goal margin and 31/4 for a correct score of 2-1, with Lukaku again an obvious candidate for any goalscorer markets.