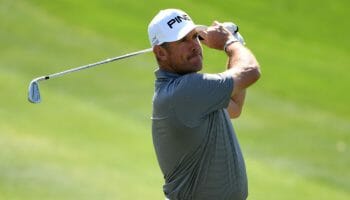 From the Middle East to the Far East this week on the European Tour, with Saujana Golf and Country Club staging the Maybank Championship.

Australian Marcus Fraser won the inaugural event at Royal Selangor last year, although the Malaysian Open was part of the European Tour schedule from 1999 to 2015 and produced some quality winners in the shape of Lee Westwood, Thongchai Jaidee, Louis Oosthuizen, Vijay Singh and Anirban Lahiri.

Westwood also won at Saujana in 1997, before it became a European Tour event, while Jaidee won back-to-back titles at the venue in 2004 and 2005.

At 16/1, Westwood is fourth favourite in the betting but was in bullish mood in his pre-tournament press conference after finishing eighth in Abu Dhabi and 23rd in Dubai, the latter despite being hampered by being on the wrong side of the draw.

Although it has been three years since his last European Tour victory, which also came in Malaysia, Westwood won in Indonesia in 2015 and clearly loves the playing conditions, so the former world number one is our first selection.

Next up is another former winner of the event, 2013 champion Kiradech Aphibarnrat. Aphibarnrat (25/1) was also on the wrong side of the draw in missing the cut in Dubai, but was ninth and fourth on his previous two starts and can only improve the longer he works with top coach Pete Cowen.

Elsewhere, Miguel Tabuena from the Philippines was second in this event 12 months ago and could be an interesting prospect at 50/1 after finishing third in Myanmar in his last start.

And at even bigger prices, recent winners on the Asian Tour Jazz Janewattananond and Prayad Marksaeng can be backed at 100/1, with teenage prospect Phachara Khongwatmai – who has qualified for the Open Championship for the second year running – also available at the same price.