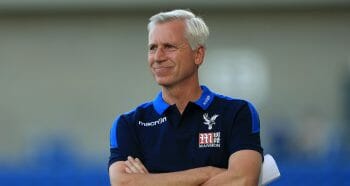 * Middlesbrough are on a ten-match unbeaten run in league football.

* Crystal Palace have lost each of their last four away games.

A look at Middlesbrough’s betting odds

Middlesbrough have made a flying start to the new Premier League season, and yet more intriguing signings have been made since their draw at the Hawthorns a fortnight ago.

Calum Chambers and Adama Traore have joined from Arsenal and Aston Villa respectively, giving Aitor Karanka plenty of options ahead of what should be an easy win for the home side. Middlesbrough only lost two home games last season, and are currently on a ten match undefeated run in league competition.

Middlesbrough scored three goals on ten separate occasions last season. The home side to win with a -1 handicap is a good bet at 13/4, as is Middlesbrough to score three or more at 21/4.

Alvaro Negredo has led the charge, scoring on his debut against Stoke City and assisting twice in the 2-1 victory over Sunderland. He only scored nine goals in 32 league games whilst a Man City player and held a similar record last season at Valencia, but his first-team chances have been fairly limited throughout his recent career. The Spaniard has an impressive career record of one goal every 164 minutes.

Negredo to score any time is available at [insert odds here].

Another defeat for struggling Crystal Palace seems likely given that Alan Pardew’s side are without an away league victory since December 2015. They have collected just one point from their first three games of the season and have lost each of their last four matches away from Selhurst Park.

Palace’s biggest concern is scoring goals. They have netted once in the league in 2016/17, extending a goal drought that has seen them score just six times in their last ten Premier League games. Pardew has broken the club’s transfer record to bring Christian Benteke to London, but the former Aston Villa striker only tends to hit form when confidence is high in the dressing room.

Pardew is currently considered one of the most likely first managerial casualties of the season, which is not surprising considering he has only collected 14 points from the last 24 league games. Don’t expect him to turn things around at the Riverside on Saturday.

Crystal Palace to score zero goals is priced at 13/10 and worth a bet, as is Middlesbrough to win to nil at 21/10.