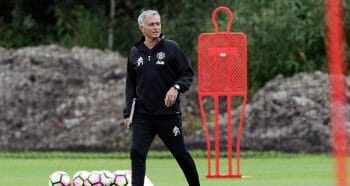 Rarely has a teenaged footballer seemed so utterly unfazed by the transition from academy prospect to first-team star as Marcus Rashford, whose hat-trick on Tuesday night made it three goalscoring debuts out of three.

Rashford’s goals against Norway seemingly made a mockery of Gareth Southgate’s assertion that early exposure could leave him overawed, but the way in which the media reacted to the 18-year-old’s latest exploits suggest that the Under-21 manager may have hit on something important.

Since Tuesday, Rashford has been compared to Thierry Henry and been valued at £50 million by Nicky Butt, the loudest voice amongst many declaring that the youngster is on a guaranteed path to stardom. The excitement surrounding his talent is reaching hysteria.

Sam Allardyce was widely criticised for leaving him out of the England squad, whilst cries for Rashford to be thrown into battle against Manchester City have grown louder. Is all this really necessary?

Having Wayne Rooney in the dressing room should be a huge help in Rashford’s psychological development. Few players in the history of English football have come under such intense media scrutiny as the United captain, and whilst Rooney has enjoyed a long career at the highest level, his is a rare mental toughness.

The 30-year-old has been almost constantly criticised since the age of 16, his every move analysed by a media that seemed gleeful in their attempts to drag him down. Given everything that Rooney has achieved, it is incredible to think how little love he has received over the past 14 years.

We are hungry to see more of Rashford, but an overly-hasty approach could see him face similar battles as Rooney. Granted, he may also cope well with the pressure, but he would not be the first to buckle under unrealistic expectations and sudden superstardom.

It is a peculiarly English phenomenon to obsess over future stars in this manner. In Spain or Germany, nobody would bat an eyelid if a promising 18-year-old was limited to substitute appearances at club level and under-21 football for his country.

Most countries are patient when developing youngsters because they fear the player will burn out – not just mentally, but physically too. The last two teenage strikers to break into the England squad were Rooney and Michael Owen. The former has declined earlier than expected and the latter had his career ruined by injuries (with many blaming his overexposure to senior football at such a tender age).

There is no immediate need to rush Rashford into the England senior team or the Man United starting eleven. England’s lethargy issues must be resolved through hard work and a seismic tactical shift; it would be unwise to rely on the raw energy of youth to inject energy into the team, and frankly shameful if Sam Allardyce cannot get results with Jamie Vardy and Harry Kane in attack.

At United, his development depends upon regular game-time at reserve level coupled with occasional appearances for the seniors. Not only will he learn enormous amounts from watching Zlatan Ibrahimovic and Rooney (whilst being protected physically from the rigours of Premier League football), but he can support his team more as a super-sub than a regular starter.

Rashford’s speed and almost naive arrogance when in possession allow him to invigorate a lifeless game and grab a late goal. When he scored off the bench against Hull City, Jose Mourinho’s decision was vindicated; he was a success as a super-sub, and thus should be used in the same way this weekend. It might be worth backing him to score any time against City at 11/4 .

The youngster is not desperately needed by either club or country, so let’s buck the trend of media hysteria and show some patience. Allardyce, Southgate, and Mourinho are right to preach caution. He may currently be coping with the pressure, but that will surely change if he is thrown into battle week in week out for Man United and England.