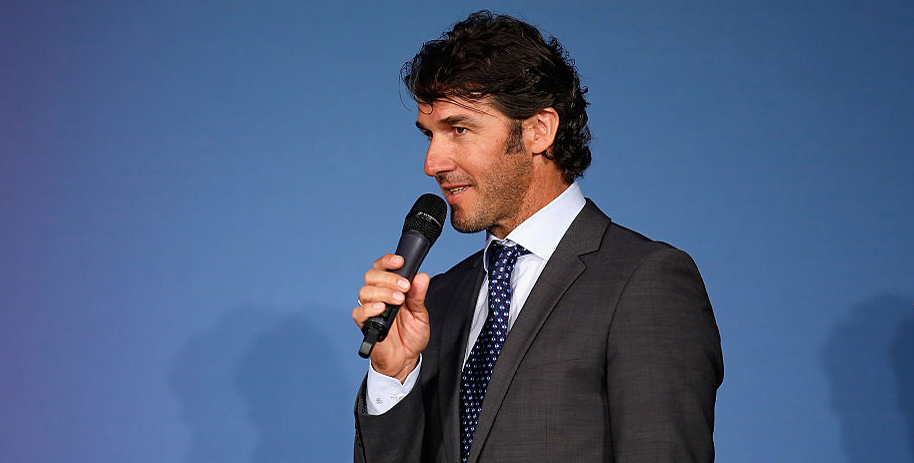 Karl-Heinz Riedle was a Champions League winner with Borussia Dortmund before spending two years at Liverpool so the former striker is better placed than most to compare the two clubs and assess Liverpool’s progress under fellow German Jurgen Klopp.

In 1997 you left Borussia Dortmund for Liverpool. Jurgen Klopp went the same way in 2015. Have you been in touch with him? Did he ask for advice?

No advice, no. We meet now and then at certain events, but he didn’t have to ask for my advice (laughs)!

Jurgen has been a very successful coach at BVB. When you‘re looking for a new challenge and you receive an offer from Liverpool, you don’t have to think twice. It’s simply a cool club. He fits in perfectly.

Liverpool is the English counterpart to Borussia Dortmund. Emotions, fans, the whole set-up – there are not many comparable clubs around, but Liverpool is certainly one of them.

Liverpool are doing well these days. How do you judge the club’s development under Jurgen’s leadership?

The development has been fantastic – similar to what happened in the early years in Dortmund. If you compare the amounts other clubs have spent to Jurgen’s investments and who he brought in for that money, he did an absolutely great job.

How about Liverpool’s chances of winning the Premier League title?

I’d be so happy for the club to win it but probably it won’t happen this year. The gap to Chelsea is already quite big. Chelsea are pretty stable this season, one might not have guessed that.

Anyway, the chance is still alive, there are still many matches to play and a lot can happen. I wish it for Jurgen – it would be sensational! If he manages to win the title for Liverpool he will get a statue like Bob Paisley.

The Olimpico in Rome, Dortmund’s Westfalenstadion and Anfield – they are all great places for home games. Where would you love to play again?

This one is relatively easy to answer: Dortmund. All these grounds are special, but Westfalenstadion is fabulous and unique. There isn’t a second stadium like this in Europe.

What comes to mind first when you think about the stadium and the ‘yellow wall’?

Pure emotions! It starts with warming up in front of the south stand. You go out there and the fans call your name in thousands – that’s really special, you can’t find that anywhere else.

In Liverpool it’s similar with The Kop but not that massive. You have to consider that Dortmund’s south stand is almost twice as big as Liverpool’s counterpart.

1 Your selection
2 Start Playing
Register, deposit £10 or more and place a Sport bet (3+ selections) up to £20, each with odds of 1/2 (1.5) or greater.
3 Get your FreeBet
If it’s not a winning bet, you’ll get up to £20 back as a FreeBet. T&Cs apply
Bet now! Log in
X
African Cup of Nations: Tunisia to follow Senegal through
Liverpool v Southampton: Reds to rediscover top Anfield form
Author