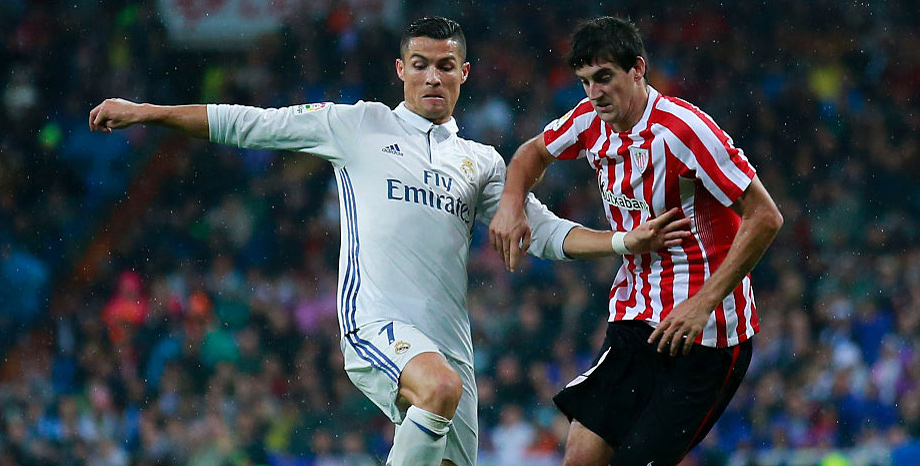 Real Madrid cut the gap on Barcelona to eight points when scraping a 3-2 victory over Malaga last weekend and should continue their LaLiga revival at Athletic Bilbao.

The hosts have gone five games without a win in this competition and are down in 16th place following a 2-2 draw with fellow strugglers Deportivo.

However, the Lions have at least improved up front of late, so 33/20 for an away win and both teams to score gets the nod in our Athletic Bilbao vs Real Madrid betting tips.

Athletic Bilbao have scored only five goals in six home games in Spain’s top flight this season, but digging beneath that basic stat does unearth some more encouraging signs.

Manager Cuco Ziganda, a prolific centre-forward at the club during his playing days, can point to a win over fifth-placed Sevilla here and a 1-1 draw with sixth-placed Villarreal.

The hosts have also secured four victories at San Mames in the Europa League, including a recent 3-2 triumph over Hertha Berlin.

Star man Inaki Williams netted in both that game and the draw at Deportivo, while veteran striker Aritz Aduriz has been going well enough to earn a recall to the Spain squad at the age of 36.

The hosts have lost four straight encounters with Real, but hit the target in each meeting.

Three of those games ended in a 2-1 win for the Whites and 27/4 for that correct score catches the eye from the Athletic Bilbao vs Real Madrid odds.

Zinedine Zidane has been feeling the heat for the first time in his Real Madrid reign since back-to-back defeats against Girona and Tottenham, but subsequent results have been good enough to ease any pressure.

Young guns Casemiro and Isco continue to progress, but getting Cristiano Ronaldo back on track is crucial, with Real’s talisman ending a barren run of one goal in five games by bagging a Champions League double at APOEL and the winner at Malaga.

Zidane will also have been happy to see Gareth Bale return from injury with half an hour in Tuesday’s Copa del Rey draw against Fuenlabrada, when a second string did enough to get through.

We’re finishing off our Athletic Bilbao vs Real Madrid betting predictions by taking 9/10 for the Whites to win and over 2.5 goals in the game.

Wales vs South Africa: Springboks to slay weakened Dragons
Benfica vs Basel: Visitors value with everything to play for
Author