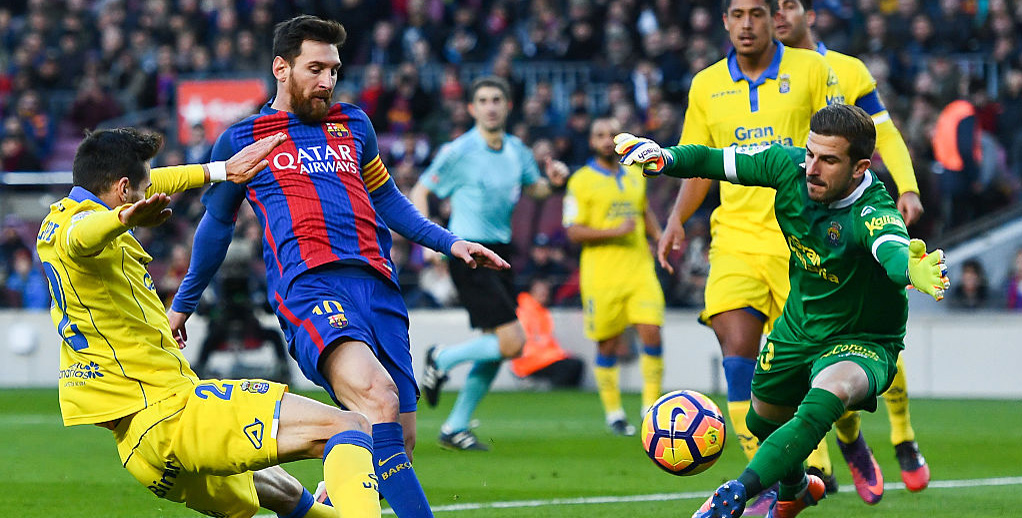 Las Palmas can be backed at 25/1 to claim a shock victory over title-chasing Barcelona, but we can’t see there being too many takers ahead of Sunday’s LaLiga clash.

Atletico Madrid prevailed 5-0 at Estadio Gran Canaria a couple of weeks ago and Barca will be looking to keep the pressure on arch-rivals Real Madrid by also proving a class apart.

This may be a little tighter, but 10/1 for a 4-1 away win is worth including in our Las Palmas vs Barcelona betting tips.

Las Palmas have picked up just one point from their last five matches following a 1-0 defeat at Sporting Gijon, which saw them draw a blank in front of goal for the third straight game.

However, they had already done enough to secure another season in Spain’s top flight, with nine of their 10 victories coming on home turf.

No team in the bottom half of the table has scored more goals in front of their own fans, with five put past Granada and Osasuna here, while Real Betis conceded four times.

Las Palmas can also boast a 2-2 draw with Real Madrid from September and only lost 2-1 here to Barca last term, so 83/100 for the visitors to prevail and both teams to score has obvious appeal.

Barcelona still need Real to slip up if they are to finish on top of the table, but they have been doing their bit with five straight victories in this competition.

The big three again carried them through in a 4-1 defeat of Villarreal at Camp Nou last week, with Lionel Messi bagging a brace and Neymar and Luis Suarez also netting.

“At this point in the season, every game is difficult,” said Gerard Pique on the club’s website. “Las Palmas is also a tough team, but based on status and level of play, Villarreal is definitely a more difficult opponent.”

Looking at the Las Palmas vs Barcelona odds, we like 4/1 for the visitors to prevail by exactly a three-goal margin again this weekend.

Fiorentina vs Lazio: Visitors can continue hot streak
How easy is it to bounce back into the Premier League?
Author