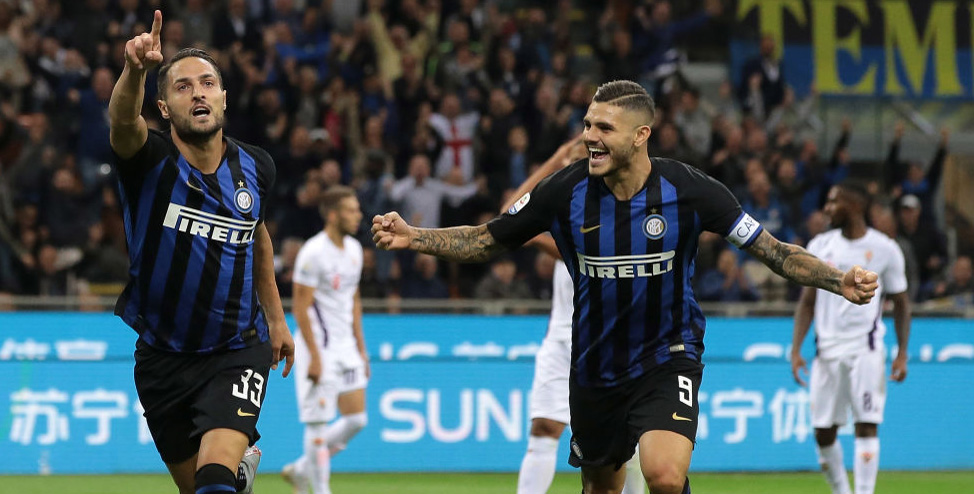 Last week’s loss at Napoli has put the pressure on Inter Milan ahead of their final Serie A fixture against Empoli, with a win needed to guarantee a Champions League spot.

But the good news is that the Nerazzurri have come out on top in six consecutive head-to-head encounters between these teams.

The last three were won to nil and 3/2 for another clean-sheet victory is our initial Inter Milan vs Empoli prediction.

Inter were beaten 4-1 by second-placed Napoli following goals from Piotr Zielinski, Dries Mertens and two from Fabian Ruiz, with Mauro Icardi’s penalty the only consolation.

However, that performance was out of character for Luciano Spalletti’s side, who had previously been very hard to break down during a seven-match unbeaten run.

Just three goals were conceded in those fixtures and two came in high-quality contests versus Roma and Juventus.

The Nerazzurri have the best defensive record in Serie A on home turf this term, being breached only nine times in 18 outings in front of their own fans.

Looking at the Inter Milan vs Empoli odds, we like 13/4 for Spalletti’s men to oblige and under 2.5 goals in the game.

A Look At Empoli’s Betting Odds

Admittedly, Empoli will travel to Giuseppe Meazza in fine spirits following a hat-trick of wins, which have lifted them just above the relegation zone.

Fiorentina were edged out 1-0, before a 2-1 success at Sampdoria and then Torino took a 4-1 bashing at Carlo Castellani last Sunday.

Afriyie Acquah’s opener was cancelled out by Iago Falque, but second-half goals from Matteo Brighi, Giovanni Di Lorenzo and Francesco Caputo did the damage.

Aurelio Andreazzoli’s side are a point above third-from-bottom Genoa and have the same goal difference, so they will be desperate for another positive result here.

Even so, we don’t see enough attacking quality in this team to trouble Inter, despite veteran striker Caputo having come out of nowhere to bag 16 goals in Serie A.

The visitors may hold firm for a while, but let’s finish off our Inter Milan vs Empoli betting tips by taking 17/5 for a draw at half-time and then the hosts to prevail.