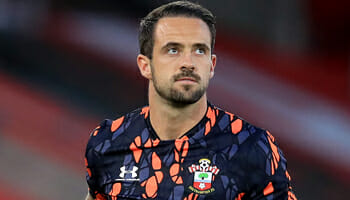 Southampton showed they are a better team than their Premier League placing suggests when beating Crystal Palace and can now take care of Fulham, too.

The Cottagers are never short of effort or endeavour but the lack of a cutting edge up front has led to them dropping straight back down to the Championship.

We feel Evens for Saints to oblige at St Mary’s is a rock-solid selection for our first Southampton vs Fulham prediction.

Southampton benefited from getting star striker Danny Ings back from a slight hamstring strain when coming from behind to see off Palace 3-1 at this venue.

Ings bagged a clinical brace and teamed up well with strike partner Che Adams, who was also on target.

Speculation continues over whether Saints can keep hold of Ings, who has now netted 100 times for the club.

However, Ralph Hasenhuttl said: “He knows we want him to stay with us as long as he wants. For us, it’s important he stays with us.

“I am also positive that it will happen, maybe not now but maybe we will find in the next few months a chance to make this happen.

“With Danny, we are a different side because he makes the chances we need to score and sometimes also goals when you don’t think there is a chance.

“The first goal was fantastic from him – and this is why he is important for us.”

With Ings and Adams back in tandem, alongside other attack-minded players such as James Ward-Prowse, Nathan Redmond, Stuart Armstrong and Takumi Minamino, this is an attractive team to watch.

Looking at the 11/5 for Saints to score in both halves catches the eye.

Southampton have a doubt over defender Jan Bednarek (ankle). Ryan Bertrand remains sidelined with a calf injury, along with Oriol Romeu (ankle) and Will Smallbone (knee).

Fulham needed to beat Burnley at home on Monday night to keep their slim hopes of a great escape alive but instead fell to a 2-0 defeat.

First-half goals from Ashley Westwood and Chris Wood did the damage and Andre-Frank Zambo Anguissa went closest to a response from the Cottagers when hitting the bar.

“We’ve got three games left and my job and what I need to do is to get this team – as disappointed as they are – to finish this season in the right way,” said Scott Parker.

“Of course, after that the discussions we will have as a football club and what we need to do to improve will ultimately speak for itself and we’ll work it out from there really.”

To be fair, the Cottagers have registered 16 goals in 17 away games, picking up 17 of their 27 points on the road.

With the pressure now off, Parker’s men may play with freedom and open up more, so 16/5 for a home win and both teams to score is added to our Southampton vs Fulham betting tips.

Fulham could have midfielder Harrison Reed return for the trip to face his former club. He has been back in full training this week after suffering an ankle injury which has kept him out of the side since April.

Tom Cairney still does not have a return date fixed and Terence Kongolo is ruled out for the season.