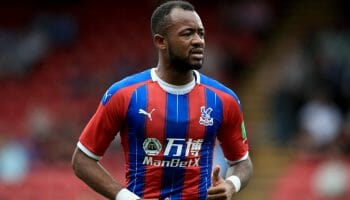 The Premier League suspension came at a good time for struggling Bournemouth – but not for Crystal Palace who had been on a three-game winning streak.

Eight defeats in 12 games have left the Cherries in the bottom three on goal difference while Palace are only six points away from the top five.

Under 2.5 goals is priced at 18/25 and that is our opening Bournemouth vs Crystal Palace prediction.

Bournemouth’s five-year stay in the Premier League is under serious threat.

Eight points from the last 36 means Eddie Howe’s side are in the bottom three as one of three teams locked on 27 points.

After taking on Palace, the Cherries still have Newcastle, Tottenham, Leicester and Southampton to visit the Vitality Stadium.

They also have away fixtures at Wolves, Manchester United, Manchester City and Everton so Howe’s men have it all to do.

Before football was brought to a halt, Bournemouth performed admirably in a 2-1 defeat at Liverpool but they will look to resume with renewed vigour.

Two wins from their last eight at home does not bode well but they have scored at least twice in their last three games on the south coast.

The Eagles, though, don’t concede many so, looking at the 8/5 for the home side to net once.

Crystal Palace are now closer to the European places than the bottom three after three wins on the bounce practically secured survival.

The 34-year-old was signed on a free transfer from Chelsea and Hodgson said: “For me it was too big a gift to let pass us by in a way when Gary became free.

“He hasn’t lost anything physical in terms of pace, mobility, aggression or technique – that has all stayed with him.”

Palace have the sixth best defensive record in the league with 21 of their 29 fixtures having under 2.5 goals, including eight of their 14 away from home.

The Eagles have netted 10 times from the 75th minute onwards while the Cherries have conceded nine goals during that period.

Our final Bournemouth vs Crystal Palace prediction is for the visitors to score more goals between 75:01-90:00 at odds of 18/5.