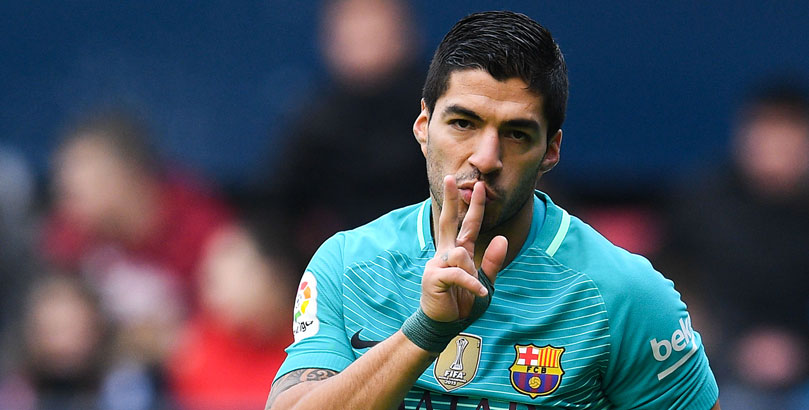 Barcelona are clearly up for the title fight with Real Madrid but they face a tricky Catalonia derby clash at Espanyol on Saturday.

The hosts haven’t beaten their more illustrious neighbours since 2009 but did hold out for a goalless draw at RCDE Stadium in LaLiga last season.

This match may be tighter than many pundits are predicting and we like 33/4 for a 2-1 away win to kick off our Espanyol vs Barcelona betting tips.

Espanyol have made solid progress this season, already amassing more points than they managed in any of the last three campaigns, with four games still to play.

Former Watford boss Quique Sanchez Flores recently led his side to four wins in six matches before being edged out 1-0 at home by Atletico Madrid, with Antoine Griezmann only netting in the 73rd minute.

Last week’s 1-1 draw at Sporting Gijon was another gutsy display and key midfielder Victor Sanchez said: “We want to keep fighting for seventh place and hope to add as many points as possible to close the gap on teams ahead of us.”

Espanyol can be backed at 27/20 with two goals start in the handicap betting on this game.

Barcelona followed up their dramatic Clasico defeat of Real Madrid by blowing away basement dwellers Osasuna on Wednesday, powering to a 7-1 win despite resting the likes of Luis Suarez, Andres Iniesta and Jordi Alba.

Boss Luis Enrique was quick to praise the players who came in and declared: “There were lots of positives from the way we maintained our intensity and our rhythm.”

This promises to be a different kind of test but having Suarez back refreshed will be a big bonus as the former Liverpool star bagged a brace when Barca beat Espanyol 4-1 at Camp Nou in December.

Suarez appeals at 11/4 to open the scoring again this weekend.