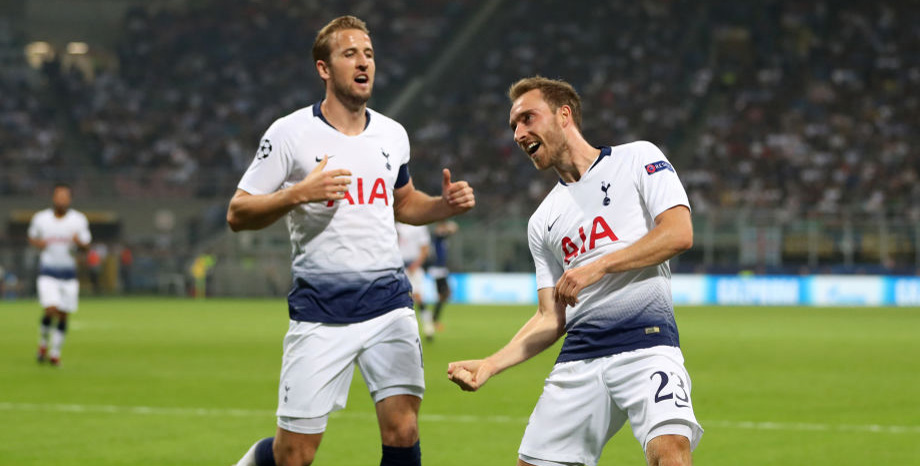 Mauricio Pochettino will have been relieved to see the European transfer window close and will hope Tottenham’s form improves as a result.

The futures of several of his players – most notably Christian Eriksen – were in doubt while a move to Europe was a possibility but Pochettino now has a settled squad to work with until at least January.

That can only help to improve their fortunes on the pitch and a home win by more than one goal at 91/100 is our opening Tottenham vs Crystal Palace prediction.

Tottenham have only managed one win from their opening four matches but can be satisfied with 2-2 draws at both Manchester City and Arsenal.

The only real disappointment so far was the shock 1-0 defeat at home to Newcastle and the visit of Palace is a chance to make amends in front of their own fans.

Victory in the north London derby would have been the perfect response but they let a two-goal lead slip at the Emirates Stadium, although Pochettino was still upbeat.

“Overall, the most important for us is not the table, not the points, it’s the performance,” he said.

“We have recovered the good feelings after Newcastle and a very tough summer – all that happened in these last four weeks. That is the most important.”

The failure to keep a clean sheet will be a worry for Pochettino though and Spurs look much stronger going forward than they do at the back, so a home win and both teams to score at 37/20 is added to our Tottenham vs Crystal Palace betting tips.

Tottenham’s record signing Tanguy Ndombele (thigh) is back in training and will hope to start, while fellow summer recruit Ryan Sessegnon (hamstring) is available again alongside Eric Dier (hip) and Kyle Walker-Peters (hamstring).

Crystal Palace have been slow starters in recent seasons and there were fears that could be the case again when they managed just one point and no goals from their opening two matches.

Back-to-back wins at Manchester United and at home to Aston Villa have certainly eased the pressure on manager Roy Hodgson, although Villa were left fuming when a late equaliser was disallowed.

Hodgson felt the debate over whether the goal should have stood took the focus away from a deserved win for the Eagles, saying: “Of course there’s controversy. I’m very dissatisfied, really, that such a good performance for 70-76 minutes, where we really took the game to them and camped in their half, is now questioned.

“I lost count of the number of balls we put into the box, but all of a sudden it’s been reduced to whether the final decision was right or wrong.”

Palace certainly wasted several good chances before Jordan Ayew broke the deadlock and having scored twice at Old Trafford, they will be confident of troubling the Tottenham defence.

Spurs should have the firepower to come out on top, though, especially with Eriksen’s short-term future having been decided and Harry Kane’s confidence boosted by four goals for England during the international break.

With that in mind, our final pick from the Tottenham vs Crystal Palace odds is a 3-1 home win at 10/1.

Sheff Utd vs Southampton: Back Blades to maintain momentum
Wolves vs Chelsea: Fragile Blues are worth taking on
Author