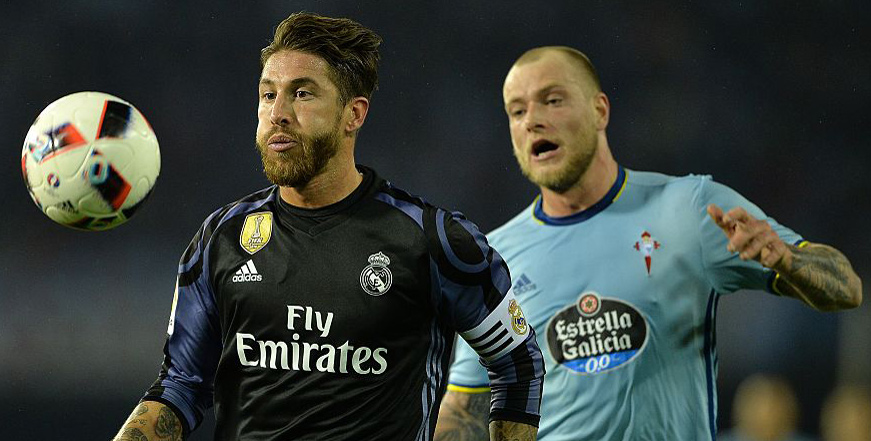 Real Madrid will return to top spot in LaLiga if avoiding defeat at Celta Vigo on Wednesday and the Whites are expected to make sure of hitting the summit with a convincing victory.

Celta did knock Zinedine Zidane’s side out of this season’s Copa del Rey, but the last five league meetings have all gone Real’s way by an aggregate score of 19-4.

Looking at the Celta Vigo vs Real Madrid odds, we like 17/2 for a 3-1 away win on this occasion.

Celta Vigo put everything into their Europa League tie with Manchester United and looked mentally and physically shattered when edged out after a frantic end to the second leg at Old Trafford.

That theory was backed up by Sunday’s 3-1 loss at Alaves, with Celta going 3-0 down before half-time and only hitting back with a consolation goal from the penalty spot.

There is no doubt this is a decent team when on top form, but how much is left in the tank following five straight domestic defeats and that Euro exit is open to question.

The hosts have scored in the last six head-to-head encounters with Real, though, so let’s take 19/20 for an away victory and both sides to net.

The incredible Cristiano Ronaldo passed 400 competitive goals for Real Madrid with a double in Sunday’s 4-1 victory over Sevilla at the Bernabeu.

The 32-year-old also enjoys putting Celta to the sword, hitting the target 13 times in his last seven LaLiga appearances against them and striking in a 2-2 cup draw at Balaidos in January.

Even with the Champions League final on the horizon, Zidane will be reluctant to rest his star man at such a key stage and said: “He’s just got something, he’s different. In the decisive moments, he’s always there.”

Ronaldo to open the scoring at 9/4 rounds off our Celta Vigo vs Real Madrid betting tips.