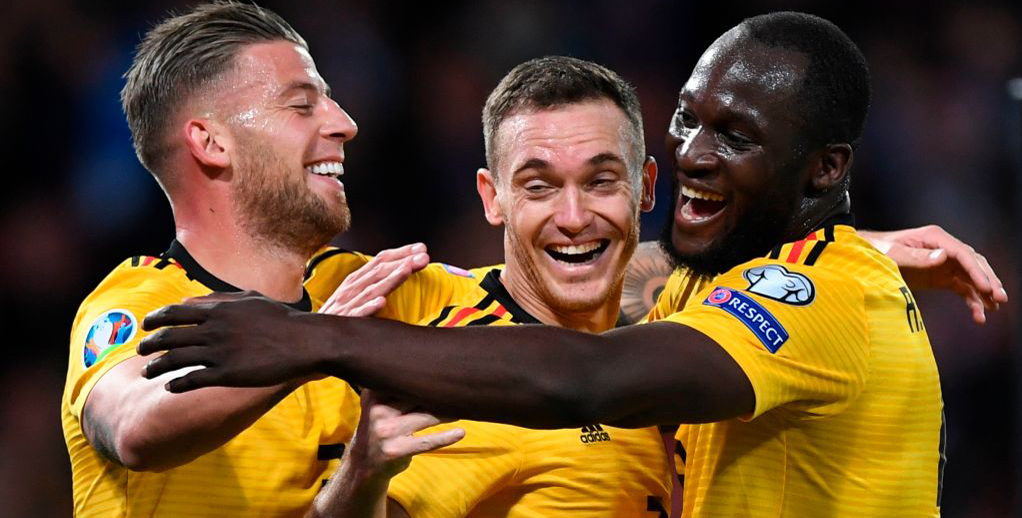 Belgium and Russia have dominated Euro 2020 Group I in impressive fashion, but we just feel the Red Devils are a class apart at present.

They prevailed 3-1 when these sides met in Brussels at the start of this pool back in March, since when both teams have rattled off seven straight victories.

Another entertaining contest is on the cards, but Evens for Roberto Martinez’s side to confirm their superiority is our opening Russia vs Belgium prediction.

Russia showed plenty of promise as World Cup hosts last summer and have continued on an upward curve.

They were far from disgraced in that first clash with Belgium, when Denis Cheryshev cancelled out Youri Tielemans’ opener, before an Eden Hazard brace proved decisive.

Stanislav Cherchesov’s side have since brushed aside the other teams in this section, scoring 24 goals and conceding only one to reach 21 points.

Scotland did give them a good work-out before going down 2-1 in Glasgow, but they were then crushed 4-0 in the reverse fixture in Moscow.

Zenit striker Artem Dzyuba leads the way with nine goals, while Valencia midfielder Cheryshev has weighed in with five for this attack-minded outfit.

Dzyuba will be fired up for this match in St Petersburg, where he plays his club football, and 17/10 for him to net at anytime appeals from the Russia vs Belgium odds.

Belgium had to settle for third place at the World Cup after being shaded 1-0 by eventual champions France in the semis, but will have fond memories of playing in Russia, having knocked out Brazil in the quarter-finals, as well as beating England twice.

The Red Devils are clearly determined to keep up their quest for a first major trophy, judged on a near-perfect qualifying campaign in this competition.

Outclassing Scotland 7-0 on aggregate over two encounters highlights the quality in this squad and their big guns are all firing.

Romelu Lukaku has been rejuvenated by a move to Inter Milan, Eden Hazard is settling in nicely at Real Madrid and Kevin De Bruyne remains a class act for Manchester City.

Some of Belgium’s golden generation are starting to show signs of wear and tear, with Vincent Kompany, Jan Vertonghen and Thomas Meunier out injured, but there are still no obvious weak links to pull apart.

Lukaku has netted nine times for Inter in Serie A since switching from Manchester United and 7/2 for him to open the scoring is added to our Russia vs Belgium betting tips, along with 8/1 for a 2-1 away win.